Wajahat Jilani worked as the Secretary of Debating and Literary Club at Faculty of Law, AMU. He has been interviewed by Wardah Beg who is the Student Ambassador at EBC/SCC Online.

Q1. Please introduce yourself. Tell us something about your law-school life, hobbies and interests, your pet-peeves, etc.

I am currently a final year law student at the Faculty of Law, Aligarh Muslim University . I was born in Bihar in India but for the most part have been schooled in Sharjah, UAE. I moved back to India in 2014 to answer my calling for law & the legal profession. My time in law school was memorable, I made it a point to stay busy and involved with various activities, academic and extra-curricular. I thoroughly enjoyed learning the law and there was never a dull point. At the same time, I made it a point to not be confined to my legal books and lectures. I loved debating. I was an active member of the University’s debating & Literary Club (UDLC) throughout the 5 years, organizing programs and representing the university in debates all across the country.

Q2. Were you always a law student at heart? What inspired you to choose law?

I think so. Looking back, I felt it was destined. I remember once in grade 6th, I had raised a concern with a teacher on behalf of the class and later on the teacher told me “You should be a lawyer”. Jokes apart though, my journey to law school was complicated. I had taken up the science stream in high school. My family was full of doctors and engineers and my parents aspired to see me become a doctor as well. Initially, I was amenable to the idea and decided that I would make my parents proud. However, after much thinking and analyzing my strengths and weaknesses, I came to the conclusion that behind my parents’ desire to see me become a doctor was the larger desire of seeing me succeed and make them proud. I figured that while I could study medicine, I would not have the passion day in and day out to strive for constant success, as I would in the legal profession. So, I ultimately chose to not have regrets and took a plunge. Although slightly disappointed at first, my parents backed me 100% and I’m glad I have lived up to their expectations so far, although I have not done much yet. Initially I would get upset by the reaction of many distant relatives when told about my decision to study law, some of them often asked ‘why?’ almost as if I had failed multiple times in grade 12. However, over time, I understood that only my positive work could answer their curiosity. I hope to do just that.

I was driven to the legal profession because I felt my analytical abilities suited the field. I was always involved in leadership roles and constantly worked to reform things, and I felt the law is the most important tool in public life for bringing about positive change In society.

Q3. Tell us about your debating journey. When did it start and what have you learned so far?

As clichéd as this may sound, my debating journey started in school with a rejection. I was rejected in the inter house debate competition in grade 8th because my ‘voice was not strong enough’. I channeled that disappointment positively and in the following years won numerous debates/MUNs for my school in Sharjah. The highlight was that as a result of one our performances, my school was the only CBSE curriculum school invited for the UAE debate team trials for the World Schools Debating Championship. Although I eventually didn’t make it, I learnt valuable debating lessons there and finished in the top 7.

Moving to university, I was confident and determined to continue debating. At the same time, I did have some doubts about whether I could succeed in the Indian debating circuit and the challenges of university level debates. I remember my first debate was at Amity University, Noida on the National Judicial Appointment Commission. I was thrilled to emerge as the best speaker (speaking for the motion). Since then I grew more and more confident. I had wonderful seniors who guided and coached me. In the first year, naturally, I travelled around North India competing in various debates. In the years since, I have been fortunate enough to have won many national debates for my university. Debating was always a passion for me, I used it as an outlet to enjoy myself. It was never about just winning. Along the way I’ve had some wonderful team mates, such as FawazShaheen&NeerajKaushik, without whom I could never have won the debates that I did.

Through debating for the thrill and fun of it, I have inadvertently sharpened my communication skills, my reasoning ability as well my analytical skills. Over the years, my style of debating increasingly became ‘lawyer-like’ and some of the phrases I used in my debates closely resembled courtroom parlance. So I’d have to say I learnt and adapted myself as I went along.

Q4. How did debating help you get good internships, or build a good CV? What else did you do to build your CV?

Well, I wouldn’t say debating directly helped. I don’t think there’s one factor alone which contributes. Your internships are based on a lot of things, sometimes even luck. However, I do believe that debating gave the opportunity to hone my skills and added to my confidence. There is never a strait-jacket formula.

However to build a good CV, I consciously ensured that I enrolled myself in certificate and diploma courses offered by various organizations in subjects which have contemporary value and would give me an edge in the industry. In addition, I made it a point to pursue internships diligently. I had different challenges and I remember that there were days when I was tired of the rejection emails. However, it’s all about trying. At the same time, I also ensured that I worked very hard during these internships. It isn’t just about adding a pointer on the CV, I tried to acquire as much knowledge and skills as I could and to leave a positive impression. I take the fact that at two firms, Afridi& Angell in Dubai & ShardulAmarchandMangaldas (SAM) in New Delhi, I had the opportunity of multiple internships, as an indicator of my good work. I also wrote both research papers for journals and conferences as well as legal articles, some of which have been published on the Wire.in. I don’t believe I succeeded in completing all the goals I set out for building a good CV, but I do know that I gave it the best I could give. I’ll continue to do so.

Q5. How did you balance consistent debating and your role as the secretary of the UDLC and other literary activities with your law school?

Well, balancing between academics and extracurricular activities as well as the various leadership roles I held was a challenge. I would be lying if I said it has been a bed of roses. I got into my fair share of troubles and bad books. However, I believe the only reason I was able to manage a decent academic performance and excelling at the other activities was because I enjoyed both. It never really became a burden for me. Moreover, I was blessed to have a great bunch of friends and colleagues who made it easier for me to run the club, organize events and even study together. Most importantly, no matter what I was doing, I tried to constantly remind myself about my short and long term goals, of not getting distracted with high praise or criticism, or the lure of politics for that matter. I think, the little success I have achieved in University is as much because of what I did not do as it is because of what I did do.

Q6. What is some advice you would give your juniors?

First and foremost, I would advise them to not take my answers as the gospel. Everyone has a different way of doing things. What works for me may not work for you. At the same time, I would definitely say enjoy your time in law school but do so constructively. I spent most of my free time either debating or training debaters but I do hope it will help me career-wise. I would also advise them to set goals and then be focused on them. Sometimes the length of the course is such that one may tend to procrastinate. Try not to. 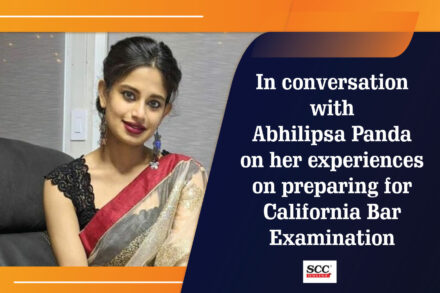 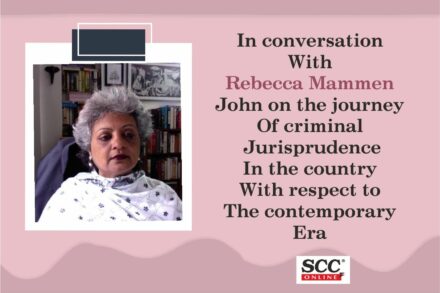 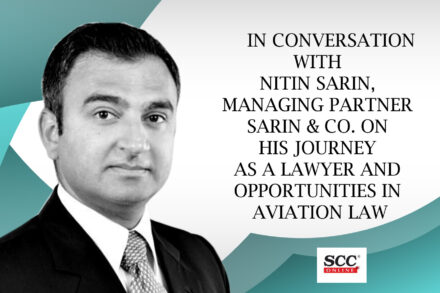 In conversation with Nitin Sarin, Managing Partner, Sarin & Co. on his journey as a lawyer and opportunities in Aviation Law