Supreme Court:  The 3-judge bench of Ranjan Gogoi, CJ and SK Kaul and KM Joseph, JJ has directed the Centre to file response by May 4 to the petitions seeking review of last December’s verdict by which the Court had dismissed the pleas challenging India’s deal to procure 36 Rafale fighter jets from France. The bench did not allow the plea of the Centre that it be granted four weeks time to file its response to the pleas.

The Court has fixed May 6 for hearing the petitions.

In the verdict, the apex court said there was no occasion to doubt the decision-making process in the procurement of 36 Rafale fighter jets from France and dismissed all the petitions seeking an investigation into alleged irregularities in the Rs 58,000 crore deal. It said,

The court said there was no substantial evidence of commercial favouritism to any private entity. It aslo said,

“Our country cannot afford to be unprepared/ underprepared in a situation where our adversaries are stated to have acquired not only 4th generation, but even 5th generation aircrafts, of which, we have none. It would not be correct for the Court to sit as an appellate authority to scrutinize each aspect of the process of acquisition.”

The Rafale fighter is a twin-engine Medium Multi Role Combat Aircraft manufactured by French aerospace company Dassault Aviation. A deal to procure the jets was signed between India and France in 2015. The delivery is expected to begin in September this year.

Rafale Deal: SC dismisses Centre’s preliminary objections regarding admissibility of the leaked documents and has held that the documents are admissible 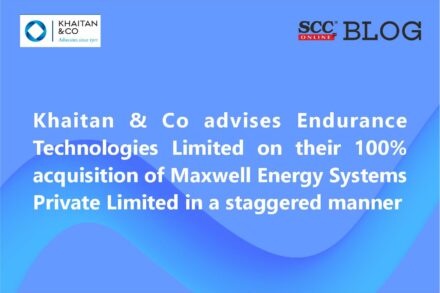