Kerala High Court: The Bench of V. Chitambaresh and T.V. Anilkumar, JJ. dismissed writ appeals filed by administrative officers of this Court, assailing the invalidation of Memorandum pertaining to the appointment of temporary Munsiff-Magistrate.

An Official Memorandum and Guidelines were issued by this Court on 18-06-2018 for the appointment of temporary Munsiff- Magistrate. The Memorandum verbatim reproduced Rule 5(3) of the Kerala Judicial Service Rules, 1991, but Rule 5(3)(viii) pertaining to eligibility was omitted therefrom. As a result, officers working in the High Court, Subordinate Courts, Advocate General’s Office and Law Department in the Government Secretariat were excluded from consideration. The Memorandum also prescribed age limit of 52 years as on 01-06-2018 in order to be eligible to apply, though the Rules did not impose any such restriction.

A writ petition was filed by the Judicial Staff Organisation praying for quashing of Official Memorandum and Guidelines, and for a direction to issue a fresh notification in tune with the Rules. The learned Single Judge invalidated the process of selection holding that the same was not in accordance with the Rules and hence arbitrary. Hence, the instant appeal.

The Court noted that the method of appointment to the post of Munsiff-Magistrate was by direct recruitment and transfer in accordance with Rule 5(3) of the Rules. The categories from which recruitment by transfer could be made included officers working in the High Court, Subordinate Courts, Advocate General’s Office and Law Department. A category of officers eligible under Rule 5(3)(viii) of the Rules, as it then stood, was excluded from consideration in Official Memorandum and Guidelines without assigning any reason. The prescription of the age limit of 52 years was also a condition imported in Memorandum, though not sanctioned by the Rules

It was held that the Governor of Kerala (appointing authority for Munsiff-Magistrate) had, in consultation with the High Court, made the Judicial Service Rules. Thus, these Rules were required to be followed scrupulously. Any deviation therefrom attracted the vice of arbitrariness, rendering the entire selection process. 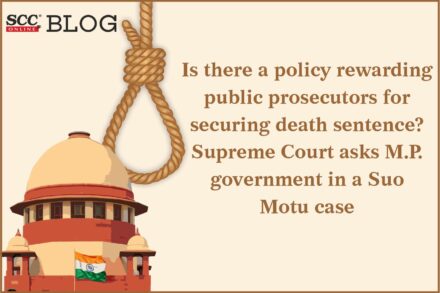