Tripura High Court: A Bench of Sanjay Karol, CJ and Arindam Lodh, J. allowed an appeal filed by the appellant-wife against the judgment passed by the Family Judge whereby she was directed to return to her matrimonial home.

The respondent-husband had filed a suit for restitution of conjugal rights under Section 281 of the Mohammedan Law. He stated that the parties got married according to Islamic rites and customs. It was alleged that after a few days, the wife started quarrelling with him and always preferred to live with her parents. It was alleged that she left the matrimonial home in 15-9-2017 without any reason and information and also took away her articles. Efforts were made to bring her back, but she did not return. Hence, he instituted the suit for restitution of conjugal rights. The family court passed the ex-parte impugned order whereby the wife was directed to return to the house of her husband.

The High Court observed it as well settled that “justice is not only to be done, but it is manifest to be done.” The wife being a poor woman sought for a legal aid counsel. According to the Court, the Family Judge ought to have afforded all opportunities to he so she could take part in the proceedings before the family court. The Court held it to be a fit case to remand the matter back to the family court for the fair trial of the case. Accordingly, the appeal. was allowed and the impugned judgment was set aside. [Salma Begam v. Saiful Ali, 2019 SCC OnLine Tri 77, decided on 05-03-2019] 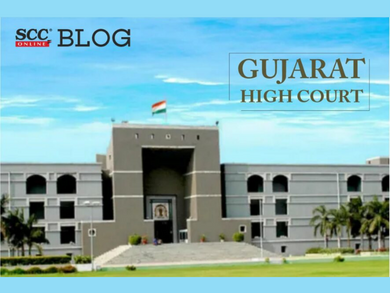 Life and liberty of a person not on the shore of India, cannot be invoked when the individual himself is not in India; Gujarat High Court dismisses petition of foreigner to enter India