Supreme Court: The Supreme Court has ordered the forced eviction of more than 1,000,000 tribals and other forest-dwelling households from forestlands across 16 states after the government failed to defend the validity of the Forest Rights Act. The 3-judge bench of Arun Mishra, Navin Sinha and Indira Banerjee, JJ directed the Chief Secretaries of all the 16 States to

“ensure that where the rejection orders have been passed, eviction will be carried out on or before the next date of hearing. In case the eviction is not carried out, as aforesaid, the matter would be viewed seriously by this Court.”

It also asked the Chief Secretaries to indicate, by way of an affidavit, as to why after the rejection of the claims, which have attained finality, eviction has not been made. The next date of hearing is set for July 24, 2019.

The court’s orders came in a case filed by wildlife groups questioning the validity of the Forest Rights Act. The petitioners had also demanded that all those whose claims over traditional forestlands are rejected under the law should be evicted by state governments as a consequence.

The Forest Rights Act, which was passed during the Congress-led United Progressive Alliance’s first tenure, requires the government to hand back traditional forestlands to tribals and other forest-dwellers against laid down criteria. The Act, passed in 2006, has seen opposition from within ranks of forest officials as well as some wildlife groups and naturalists.

Tribal groups contend that their claims have been rejected systematically in some states and need to be reviewed. In several states there have been reports on administrations going particularly slow on even accepting community-level claims.

(With inputs from Business Standard) 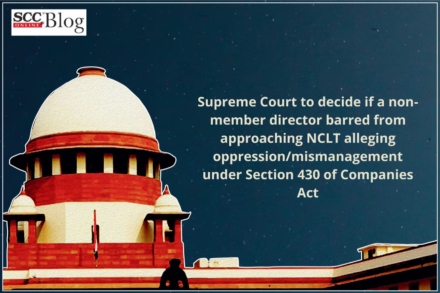 S. 6 of Probation of Offenders Act, 1958 is mandatory in nature, which acts as an injunction for Courts to follow; Supreme Court clarifies legal position