The students of NLSIU as a part of the Legal Services Clinic performed LLPs at three different location which included two villages and one school on November 28, 2018.

In the first village named ‘Yampad’, the students performed three short plays which revolved around domestic violence, child marriage and the right to education, as there were a majority of women and children in the audience. After the same, there was a Q&A session and the villagers spoke about the problems that they had. Primarily, it was lack of water and data verification for Aadhaar. One of the court lawyers talked to them about how if the executive was not able to provide proper water and fulfil even the most basic of the requirements, the village could file a PIL and get a court order mandating that this be done. LSC also gave its contact details to the villagers and asked them to contact the clinic if they needed help filing a PIL or even an RTI regarding the Aadhaar problem.

The second village, ‘Gajarkot’, had a lot of women and men, but not as many children as the previous village. This also had a significant number of senior citizens. Considering these factors, the students performed 5 plays relating to domestic violence, child marriage, right to education, rights of senior citizens and arrests of women. This seemed to be a huge hit with the senior citizens as most of them were quite surprised to learn that they had all these rights and
could approach the court for relief if they were being ill-treated by their sons or daughters.

The third LLP was performed in a school in a village called ‘Chickpet’. This school primarily had children attending the LLP, so the plays performed revolved around child marriage, consumer protection, right to equality along with domestic violence and arrest of women.

In all three villages, most of the residents were able to point out the problems, but none of them knew the legal solutions to it. This was where the explanations made a huge difference and helped to spread legal awareness. The plays and the explanations were carried out in Kannada for easier comprehension and relatability. The plays performed in all the places were accompanied by talks given by the judge, the court officers and the lawyers. They spoke about how changes can be brought about in those villages legally and also enquired about their problems in general to see if the courts there could be of some help to these villagers.

The crowd at each village asked insightful questions and showed general awareness about their rights. They also asked the judges about the lack of proper infrastructure and adequate water and basic facilities which to which the judges responded with reasoned answers and promises. The Prison Visit showed that many inmates were unaware of legal aid and their eligibility to the same. Most undertrial prisoners had hired private counsel. This could be a result of either lack of awareness on legal aid or lack of facilities or general mistrust towards free counsel.
Some had been awaiting trial for almost seven years. This was reported to the judge at Yardgir District Court, who assured the students that the case was scheduled to be taken up within a month.
As regards the Shelter Home Visit, it was observed that boys were sent to the observation and shelter home at Gulbaraga, which was described to be crowded and with bad living conditions. Apprehension of children in the observation home in Bangalore of being moved to the Yadgir observation home, could, in fact, have been with reference to the home in Gulbarga and not Yadgir. In comparison with LSC’s previous visit to the observation home in Bangalore, the starkest difference is that the girls in the Yadgir observation home seemed to be happier and
more comfortable. In interactions with the children, the general sense the students got was that the children get along with each other and the staff, and seem untroubled in the shelter home. When asked, they did not express any dissatisfaction with the home’s arrangements. The CWC members at Yadgir raised issues about the paucity of sessions, the lack of infrastructure and the poor remuneration among others. Six sessions are insufficient to handle
the heavy load of cases that come to them and they request that they be allowed to conduct more sessions. At the same time, they are paid very meagrely, as their remuneration has been reduced to Rs. 1000. Lastly, the centre did not have a counsellor, the computers were not functioning and technical member is not present. Although new infrastructure has been sanctioned and orders have been placed, there is scope for improving the services provided.
However, the challenges that come from being a new district with little access as compared to a city like Bangalore make it difficult for them to function to their full capacity.

Overall, the visit was very fruitful and the students hope that they can visit another time to see if the recommendations they made for the Shelter Home and Prison have been implemented. 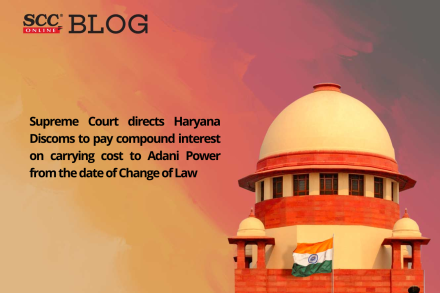 J&K and Ladakh HC | Dishonour of cheque; HC advices Criminal Courts to impose fine equivalent to amount of cheque plus at least 6% interest per annum