In the present application, it was noted that the major issue to be considered by the bench is relating to crop burning primarily in the States of Punjab, Haryana and to some extent in the States of Uttar Pradesh and the NCT of Delhi, leading to deterioration of air quality. Further, in the application, it was mentioned that there is a scheme in place called “National Policy for Management of Crop Residue-2014”, for assistance to farmers for burning of the crop through machinery and equipments. Niti Ayog also organised programmes on the same subject for the farmers. After all the mentioned measures and steps, the problem still persists.

In an earlier order of the Tribunal, it was noted that 15,000 pre-mature deaths took place in Delhi in the year 2016 due to smog, to which crop burning was a contributing factor.

On considering the earlier orders of the Tribunal along with the articles that concern with air pollution levels, etc. by newspapers such as Times of India, Indian Express, the NGT noted that the problem as mentioned above remains at standstill and unresolved, to which a suggestion was made to be considered that, “those who help the environment by not burning the crop deserve incentive”. It was also made clear that existing Minimum Support Price (MSP) Scheme must be so interpreted so as to enable the States concerned to wholly or partly deny the benefit of MSP on burning crop residue. The said scheme is to be worked out preferably by 14-11-2018.

While concluding its order, the Tribunal also directed the Secretary (Agriculture), Government of India and Chief Secretaries of States of Punjab, Haryana, Uttar Pradesh and NCT of Delhi to find a long-lasting solution to the problem of crop burning after doing a strategic planning. The matter is to be further considered on 15-11-2018. [Ganga Lalwani v. Union of India,2018 SCC OnLine NGT 339, Order dated 12-11-2018]

Law on appointment of arbitrator | What happens if parties fail to agree on arbitrator within 30 days from receipt of request by one party? Del HC explains 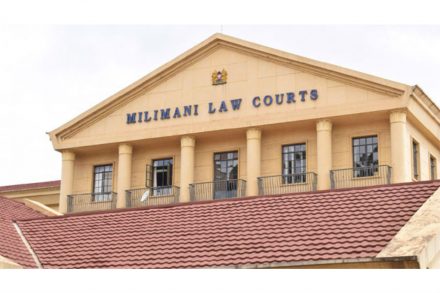 Kenya HC | Anti-homosexuality law upheld: Decriminalization of same-sex relations held to be a threat to institution of marriage protected under Constitution of Kenya