Supreme Court: The Bench comprising of R. Banumathi and Indira Banerjee, JJ. while setting aside the judgment of the Delhi High Court which had reversed the conviction under Section 376(2)(g) recorded by the trial court stated that, “Even assuming that the prosecutrix was of easy virtue, she has a right to refuse to submit herself to sexual intercourse to anyone.”

The factual matrix of the case draws a picture in which it is stated that the present appeals came up on account of the Delhi High Court’s judgment which had allowed the respondents/accused conviction under Section 376(2)(g) IPC to be set aside. The prosecutrix alleged that when the respondents had demanded bidi from the prosecutrix and on her refusal for the same, she was raped by them, in which Respondent 2 was responsible for holding her hands and the other three men had committed rape on her turn by turn. On raising alarm in this situation, PW-3, i.e. mother of the prosecutrix saw those men coming out of the jhuggi while prosecutrix was lying unconscious.

The Supreme Court on noting the observations and submissions and also the materials on record stated that, the trial court had rightly stated that “even if the allegations of the accused that the prosecutrix is of immoral character are taken to be correct, same does not give any right to the accused persons to commit rape.”

“Even in cases where there is some material to show that the victim was habituated to sexual intercourse, no inference like the victim being a woman of ‘loose character’ is permissible to be drawn from that circumstance alone.”

Hence, High Court erred in placing reliance upon the complaints allegedly made against the prosecutrix to doubt her version and to hold that a false case has been foisted. Further, the High Court was also not right in issuing the direction to lodge a complaint against the police officials, which was hereby set aside and the appeal preferred was allowed. [State (NCT of Delhi) v. Pankaj Chaudhary,2018 SCC OnLine SC 2256, decided on 30-10-2018]

Whether on coming into force of GST Act a Municipal Corporation can levy advertisement tax/fee? Kar HC analyses 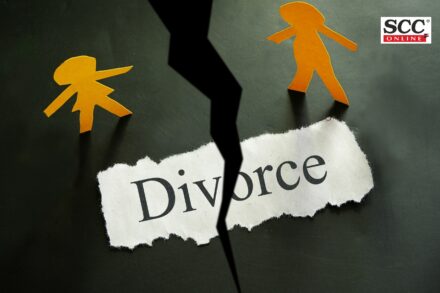 Husband and Wife separated for more than 1 year. Will 6 months period be waived, if divorce is sought mutually under S. 28 of Special Marriage Act? Pune Family Court decides