National Consumer Disputes Redressal Commission (NCDRC): A Singh Member Bench of V.K. Jain, Member, dismissed a revision petition filed against the order of the U.P. State Commission, whereby petitioner-company was directed to pay the claim amount to the Respondent 1.

The main issue that arose before the Commission, in this case, was whether the petitioner company was liable to pay the entire insurance claim to the respondent even though there was a delay in filing of claim.

The Commission observed that from bare perusal of the insurance policy it becomes clear that the amount of insurance claim that the respondent was entitled to receive was Rs. 2 lacs and not Rs. 50,000. Further, the Commission observed that though the claim was to be filed within 30 days or at best 45 days from the death of Respondent 1’s husband, however, the respondent was not given a chance to explain the delay caused in submitting the claim.

The Commission held that as per Circular No. IRDA/HLTH/MISC./CIR/216/09/2011, issued by the Insurance Regulatory and Development Authority (IRDA), a genuine claim cannot be outrightly rejected on the ground of delay. The Commission further held that the insurer is required to enquire from the claimant as to what was the reason for the delay in submission of the claim and the claim should be rejected only where the insurer finds that it was liable to be rejected even if it had been submitted in time. Since no such opportunity was granted to the respondent, the decision of the State Commission was upheld and the revision petition was dismissed. [National Insurance Co. Ltd. v. Hukam Bai Meena,2018 SCC OnLine NCDRC 328, Order dated 01-08-2018] 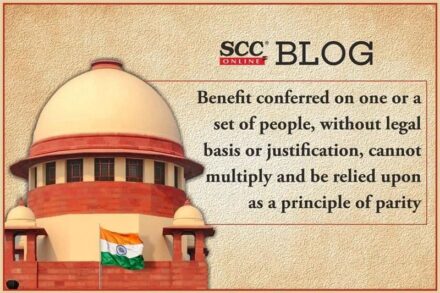 Invocation of bank guarantee can be restrained only if there is existence of fraud, irretrievable injury/injustice or special equities