The defendant was using the channel name NATIONAL TIMES NOW. The plaintiff, popularly known as Times Group company, has been in the media industry since 1838. It runs several publications including Times of India and Economic Times. It is also India’s largest media conglomerate, popularly known as Times Network which owns and operates several channels including TIMES NOW. It was submitted that the plaintiff’s mark TIMES NOW had acquired distinctiveness and have become source identifier of plaintiff’s business. Moreover, the petitioner is the registered owner of the said mark-channel name.

The High Court, while deciding the instant application filed under Order XIII Rules 2, 4 and 6 CPC seeking a summary judgment, duly considered the submissions made on behalf of the petitioner. The plaintiff also submitted that TIMES NOW form a dominant and essential part of the name of plaintiff’s channels, and the defendant’s channel name NATIONAL TIMES NOW is deceptively similar to the names of various channels and websites of the plaintiff. On bases of the fact that the plaintiff was a registered user of the trademark in question, and noting the fact that the defendant neither entered appearance nor filed its written statement, the Court was of the view that the defendant did not have any real prospect of defending the claim. Accordingly, the suit was decreed in favour of the plaintiff and against the defendant. [Bennett Coleman and Co. Ltd. v. M. Akram Pasha,2018 SCC OnLine Del 10473, dated 08-08-2018] 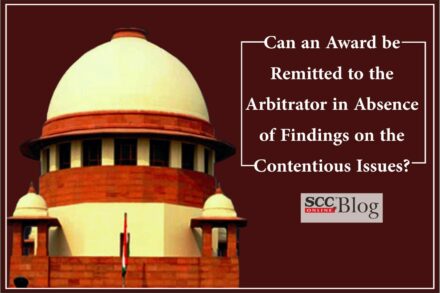