Gujarat High Court: A Division Bench comprising of Harsha Devani and A.S. Supehia, JJ. pronounced the order on quantum of sentence in the ‘Naroda Patiya Riot case’. The respondents who were earlier convicted for various offences of IPC were awarded 10 years imprisonment.

Coming to the question of quantum of sentence to be awarded to the respondents, the Court referred to State of H.P. v. Nirmala Devi, (2017) 7 SCC 262, and observed that the punishment should be proportionate to the offence committed. While sentencing a person for a heinous crime, deterrence theory as a rationale for punishing the offender becomes more relevant. The Court considered the magnitude of destruction caused by the unlawful assembly; entire incident had serious communal overtones; properties of innocent victims were reduced to ashes. The offences committed were not against any individual but against the society at large. The Court was of the view that imposing too lenient a sentence would be a travesty of justice. Considering gravity of offence and agony of the victims, the Court awarded 10 years of rigorous imprisonment for the offence under Section 436 IPC along with various sentences for other offences; sentences were directed to run concurrently. [Farzanabanu Ayubkhan Pathan v. Umeshbhai Surabhai Bharwad, 2018 SCC OnLine Guj 1194, decided on 25-06-2018]

AFT │ Claim for pension is statutory right and claimant has every right to be granted the same; Application for revision of pension allowed 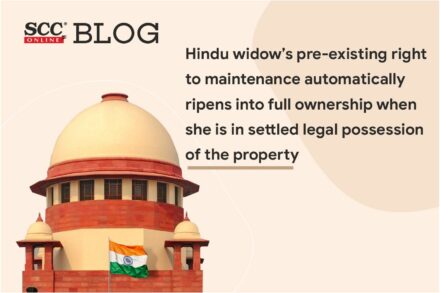