Uttaranchal High Court: The Uttaranchal High Court has banned all water sports, paragliding, and white river rafting in the State until a policy is framed to regulate these activities. The Court directed the State Government to “prepare a transparent policy in this regard within a period of two weeks”. The Court also took note of rafting deaths every year due to the capsizing of boat and said that it should only be permitted to be managed by highly trained professionals.

In this case, the petitioner brought to light the fact that the State Government was issuing illegal leases in favour of the private respondents in the river bed of Ganga. According to the petitioner, the temporary structures were being permitted to be set up on the banks of river Ganga and rafting was being carried out by the private entrepreneurs without any law. Court pointed out the dangerous and serious nature of these sports if not regulated while highlighting the requirement of their regulation. Besides this, the Court observed that the issue of environment pollution and ecology of the river and the surrounding areas could not be ignored. The Court was shocked to know that the State Government was permitting camping sites on the river beds.

The Court reprimanded State Government that river beds cannot be leased out for a song and pressed that there has to be transparent procedure for inviting the applications after fixing the minimum rates for using the water. The Court observed that the tourism must be promoted but it is required to be regulated as the sports for pleasure cannot be permitted to end in disaster. Therefore, the Court recommended State Government to make suitable legislation for regulating the white river rafting, paragliding, and other water sports throughout the state. [Hari Om Kashyap v. State of Uttarakhand, WP PIL No. 27 of 2014, order dated 18.06.2018]

HP HC | S. 311 CrPC not limited only for benefit of accused; Held, Court is not barred to summon witness merely because evidence supports prosecution case 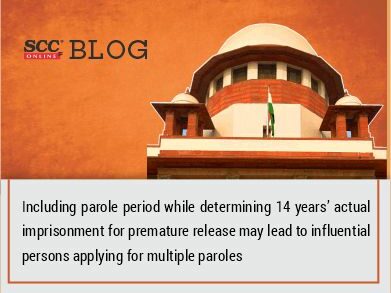