The Appellant (Accused 1) was convicted for the murder of one Manjula and Kumari Radika. According to the prosecution, there was an ongoing property dispute between accused persons and the informant/injured, who was mother-in-law of the deceased Manjula. It was alleged the accused 1 assaulted the informant while Accused 2 and 3 assaulted the deceased persons with an axe. The assault resulted in death of the deceased persons and the informant was badly injured. The trial court, on appreciation of evidence, acquitted all the accused persons. However, in appeal filed by the State, the High Court of Karnataka reversed the decision of the trial court as far as Accused 1 was concerned and convicted him for the offence punishable under Section 302 and 326 IPC. Accused 1 filed an appeal against the decision of the High Court before the Supreme Court.

The Supreme Court appraised the entire record and found that the informant (PW 23) was the most important witness of the case. She attributed overt acts to the accused in the first statement as well as in deposition. It was only alleged that Accused 1 assaulted the informant; no act of assault on the body of the deceased persons was attributed to him, nor was it said that he instigated the other accused to assault the deceased. The Supreme Court categorically held that the finding of acquittal is to be interfered with by the appellate court only under special circumstances and at any rate if there are two views possible arising out the same facts.However, in the present case since it was not proved beyond reasonable doubt that Accused 1 was responsible for causing assault on the deceased persons, the High Court ought not to reverse the finding of acquittal as recorded by the trial court. Holding that the ingredients of murder were not proved beyond reasonable doubt against Accused 1, the Supreme Court reversed the order of the High Court as far as his conviction under Section 302 was concerned. However, the Court was convinced that Accused 1 was responsible of causing grievous injury to the informant; and thus, his conviction under Section 326 IPC, as ordered by the High Court, was upheld. As the appellant had already undergone a period of 11 years in jail, his sentence of 7 years under the said offence was set off against the period already undergone. The appeal was disposed of accordingly. [Jayaswami v. State of Karnataka, 2018 SCC OnLine SC 583, dated 01-06-2018]

Inordinate delay in replying to RTI applications amounts to harassment 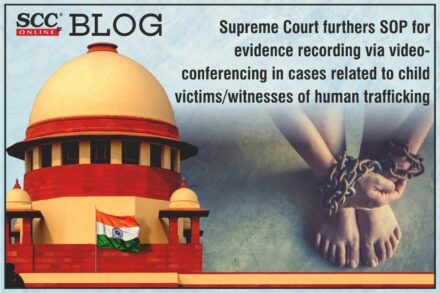 No interference with Karnataka High Court’s order directing Centre to increase supply of oxygen to Karnataka to 1200 MT per day: Supreme Court