Supreme Court of Canada: The Court recently decided over an interesting question of law as to whether Ontario Provincial Court Judges can concurrently try a summary conviction criminal offence and a provincial offence in a single trial. In the case before it, one Joseph Sciascia was convicted by the Ontario Court below under the Federal Criminal Code (dangerous operation of a motor vehicle) and the Ontario Highway Traffic Act (failing to stop for the police).

The Court divided in 6:1 with Cote, J. in dissent opined that the trial judge had sufficient jurisdiction to try a person for offences under Criminal as well as Provincial offence and did not err in exercising it jurisdiction to do so while reversing the decision of Court of Appeal. To explain further, Moldaver, J. (author of majority opinion) said that such a joint trial is absolutely as per the intent of both Provincial Offences Act as well as the Criminal code.

He said that infact, the POA was designed to implement more efficient procedures to deal with the large volume of provincial offences that were clogging up courts in Ontario and therefore, the decision to permit the joint trial would be in accordance with the spirit of POA. [R v. Sciascia, 2017 SCC 57, decided on 23.11.2017] 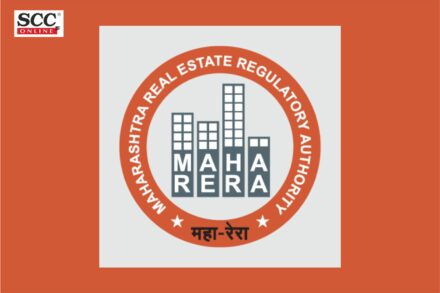 MahaRERA unriddles ‘carpet area’ under MOFA & RERA | Apartment booked under Maharashtra Ownership of Flats Act, Can complainants claim refund for variation in area of apartment as sale agreement was executed as per RERA Act?

By Bhumika Indulia Published on September 8, 2021