Chhattisgarh High Court: The Court recently addressed a writ petition in which petitioners claimed themselves to be minority educational institutions (belonging to Christian community) as per Article 30(1) of the Constitution of India pleading against their de-recognition by the government and also, questioning the impugned order of State Government directing them to produce certificate of religious minority institution failing which the petitioners schools will be derecognized for not admitting 25% students as provided in S. 12(1)(c) of the Right of Children to Free and Compulsory Education Act, 2009 (for short, ‘the RTE Act, 2009’).

The counsel for the Government on the other hand supported the impugned orders stating that the expansive provisions of the 2009 Act are intended not only to guarantee the right to free and compulsory education to children, but to set up an intrinsic regime for providing the right to education to all children by providing the required infrastructure and compliance with norms and standards. He further contended that Constitution directs both burdens (on State as well as on parent/guardian) to achieve one end: the compulsory education of children free from the barriers of cost, parental obstruction or State inaction. He further explained that the aim is to balance Articles 21-A and 51-A(k) and therefore, fundamental right to establish an educational institution cannot be confused with the right to ask for recognition or affiliation.

On hearing both the parties and their arguments, the Bench of Sanjay K Agrawal, J. observed that the certificate granted by the authority under the NCMEI Act, 2004, will prevail and will also be binding on the State Government or the State authorities, as these cannot ignore the certificate and the declaration made as a minority educational institution holding it to be covered by Section 2(g) of the NCMEI Act unless it is set aside in accordance with the Act by the authority having jurisdiction. The Court finally decided that the petitioners are minority educational institutions covered under Section 2(g) of the NCMEI Act, 2004. 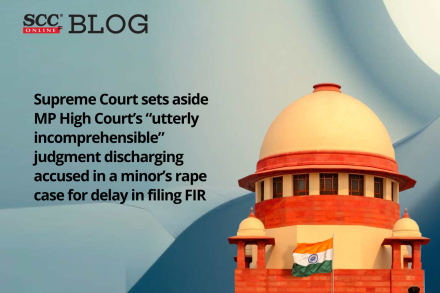 Reported By Editor Published on August 23, 2022

Seeking reformation in manmade religious law is not blasphemy

Court not to be bystander to disobedience of its orders; contemnor sentenced imprisonment and fine: Calcutta HC