Essar Group is an Indian conglomerate into manufacturing, services and retails sectors. The group has operational presence across 29 countries having 45,000 employees across the world.  The Group’s core interest lies in steel and energy sector, Essar Steel being the flagship company of this group.

Reserve Bank of India (RBI) vide their press note dated 13-6-2017 had directed banks to initiate insolvency proceedings before National Company Law Tribunal (NCLT) under Section 9 of the Insolvency and Bankruptcy Code, 2016 against 12 companies including Essar Steel India Ltd. (Essar) and accordingly proceedings were initiated by consortium of banks led by State Bank of India (SBI) which is leading the consortium.

Essar challenged the aforementioned press note by filing a writ petition† before Gujarat High Court Bench at Ahmedabad, citing failure of the consortium of banks to accept the package of debt restructuring, proposed and approved by the Board of Directors of Essar. Essar further challenged authority of RBI to issue directions to NCLT, as interpretation of last line of Para 5 implied that NCLT is a subordinate authority to RBI, which is constitutionally wrong.  Para 5 of the Circular read as below:

RBI apologised to the Court for such poor drafting and they have issued a corrigendum dated 3-7-2017 correcting this mistake by deleting last line of Para 5.

Essar accused that RBI has blindly followed a process to shortlist companies based on classification, which is in contravention of Articles 14 and 19 of the Constitution of India. It was accused that the classification on the basis of total outstanding amount being more than Rs 5000 crores and percentage of classified NPAs to be more than 60% is arbitrary and irrational.

RBI in response submitted that Essar account was a non-performing account (NPA) even prior to 31-3-2016 with total outstanding amount to the tune of Rs 31,671 crores and the RBI directives are reasonable which make classification valid under Article 14, because the press release and the directives to banks issued by RBI were for giving effect to the economic policy contained in the IBC i.e. Insolvency and Bankruptcy Code as well as the Ordinance and the order.

RBI further submitted that the  focus was on cases which have the twin criteria of being the largest and longest standing NPAs. Such classification is based on an intelligible differentia i.e. both quantum (Rs 5000 crores and 60% NPA) as well as length of outstanding (at least fifteen months i.e. from 31-3-2016).

SBI i.e. Respondent 2 in response submitted in the court that they have a statutory right to proceed against any corporate debtor with or without directions from RBI if they qualify requirements under Section 7 of the IBC. SBI denied that appointment of IRPs would hamper working of the petitioner since company is managed by executives and not their Board of Directors. SBI lead Consortium Bank denied that they had accepted any proposal from Essar and alleged that Essar has approached the court with unclean hands.

Standard Chartered Bank (SCB) i.e. Respondent 3 in response submitted that they are a company incorporated in the United Kingdom and are governed by the prudential regulatory authority of United Kingdom hence, it is not a banking company under Sections 5(c) and  (d) of the Banking Regulation Act, 1949. SCB further contented that it is not a member of JLF (Joint Lenders’ Forum) and they had statutory rights to proceed against petitioners and did not need RBI’s directions.

The Court refused to grant any relief to Essar with respect to their prayers to quash the said proceedings filed under Section 9 of the IBC and said that NCLT may be directed to set aside all the proceedings. The Court also observed that NCLT, Respondent 4 cannot be directed to restrain from proceedings against Essar, as such writ of prohibition may be issued only in the rarest of rare cases or when inferior court exceeds its jurisdiction, or proceeds under a law which is itself ultra vires or unconstitutional. Since IBC is not unconstitutional, this prayer was also rejected by the court.

This High Court decision is a major relief for financial institutions who got wary of the prospects of recovery from twelve biggest loan defaulters of India. This decision also establishes statutory right of banks to initiate proceedings against loan defaulters before appropriate forum with or without guidelines from RBI. 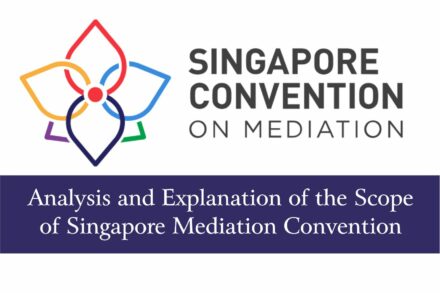 Analysis and Explanation of the Scope of Singapore Mediation Convention 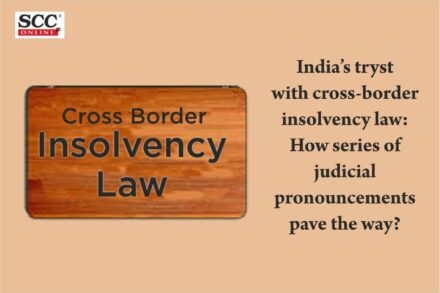