‘My Dear, I don’t give a damn’. When Margaret Mitchell made the daring black sheep Rhett Butler say these words in her fabulously famous book Gone With the Wind, she had no idea that a formidable criminal lawyer in far away India would make this the anthem of his life. That man, born on September 14, 1923, grew up to be Ram Jethmalani.

Ram is 93 and a lawyer since he was 17. He has not only witnessed some of the most significant socio-political events of undivided India, but has contributed to some of them significantly. He saw India being born and in the history of India he finds a permanent place. Shoma Chaudhury, award-winning journalist and one of the co-founders of Tehelka, says, ‘His tumultuous life reads like a pot-boiler history of independent India. Name any event, any person, any high profile case that makes up the collective memory of Indians, and one way or the other, Ram has had a hand to play in it.’ Ram is flamboyant and well dressed. He dresses for the occasion and unlike most politicians, is a stickler for time. Recently, at a ghazal performance by Anita Singhvi, Ram showed up in a pathan suit with a qawaali cap and red velvet jacket. When a young law student went to him for a picture, he screamed out aloud at his secretary and lifeline, Sanjay, ‘Why didn’t you tell me a pretty girl was coming to get a picture, I would have dressed appropriately.’ As a minister, Ram refused to be driven in a government vehicle and preferred his chauffeur driven blue Mercedes-Benz.

Ram’s achievements are enviable; some glorified and celebrated, others understated. Perhaps the least recognised is his contribution in setting up the National Law School of India University (NLSIU), Bangalore, India’s first five-year legal program for students after intermediate. NLSIU was a culmination of Ram’s friendship with RK Hegde, Karnataka’s Chief Minister. Ram had represented Hegde’s son Bharat when he was accused of corruption in a medical seat scam. Talking of his endeavour, Ram says, ‘I started National Law School because of Upendra Baxi. Upendra Baxi was supposed to be the first Director Designate of the University. And Upendra is a genius, everybody must acknowledge. We may have differences in viewpoint on some issues but otherwise, he is a genius.’ Ironically when the National Law School was inaugurated, Ram and his name were both missing. The school’s foundation stone had the names of VR Reddy, the   Chairman of the Bar Council and Prof Madhav Menon. Ram’s name had been left out.

Ministry of Railways commits towards conservation of water 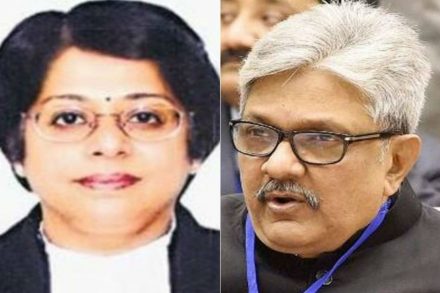