Delhi High Court: A Single Judge Bench of the Delhi High Court ruled that proceedings under Sections 498-A, 406 read with 34 of the Penal Code, 1860 can be quashed by the High Court upon request of the parties after reaching a settlement agreement  to obtain divorce by mutual consent.

Appellant 1 and Respondent  2 were married but had no issue out of the wedlock. Disputes arose between them, resulting in the FIR bearing No. 0615/2014 alleging offences under Sections 498-A, 406 read with 34  IPC. A petition under Section 12 of the Domestic Violence Act, 2005 was also filed. The parties later reached an amicable solution. The petitioner agreed to pay 1 lakh to Respondent 2 for the settlement of all her claims including maintenance. The said petition was withdrawn by Respondent  2.

Respondent 2 stated that she willingly settled the matter and not under any pressure or coercion. The Court was of the view that now that the parties have settled the matter, no further purpose is served in pursuing the matter further. Hence, the petition was disposed of. [Vijay v. State NCT of Delhi, 2017 SCC OnLine Del 9902, decided on 10.08.2017] 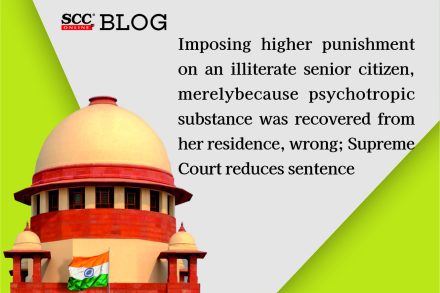 Reported By Editor Published on September 5, 2022

Judges speak through their judgments and orders: Supreme Court pens down it’s opinion on oral regimes

P&H HC | “Provisions of SC/ST Act should extend in its chain of thought process to all foreigners in India, they shouldn’t be called by any derogatory name”