Supreme Court: Restoring the conspiracy charges against RJD Chief Lalu Prasad Yadav in Fodder Scam, the bench of Arun Mishra and Amitava Roy, JJ directed that the trial in the matter be concluded within 9 months. The Court explained that the modus operandi being the same would not make it a single offence when the offences are separate. Commission of offence pursuant to a conspiracy has to be punished. If conspiracy is furthered into several distinct offences there have to be separate trials. Each trial has to be separately held and the accused to be punished separately for the offence committed in furtherance of conspiracy. In case there is only one trial for such conspiracy for separate offences, it would enable the accused person to go scotfree and commit number of offences which is not the intendment of law.

Earlier, the Jharkhan High Court had dropped the charges against the RJD Chief on the ground that he cannot be tried twice for the offence. In 2013, a trial court had imposed 5 years sentence upon Lalu Prasad Yadav in a different case relating to fodder scam. The CBI, however, argued that both the cases are different as both relate to different amount of embezzlement during different period of time. Terming the order of the High Court to be flawed, the Court said that it is difficult to say that prosecution would be bound by the finding in a previous trial on a similar issue of fact. It was held that n what manner the duty has been carried on for different periods would be the question of fact in each case and there is no question of double jeopardy in such a case. The Court further said that the impugned orders are palpably illegal, faulty and contrary to the basic principles of law and Judge has ignored large number of binding decisions of this Court while giving impermissible benefit to the accused persons and delayed the case for several years.

Concerned with the conduct of the CBI in such important matters, the Court said that lethargy on CBI’s part is intolerable as CBI is expected of it to be more vigilant. If CBI fails to act timely, peoples’ faith will be shaken in its effectiveness. The Court said that in important cases Director, CBI should devise methodology which should not be cumbersome as reflected in these cases. Being the head of the institution it was the responsibility of the Director, CBI to ensure that appeals were filed within limitation. There should not have been delay in filing special leave petitions at all.

The Court had ordered CBI to investigate the large-scale defalcation of public funds, fraudulent transactions and fabrication of accounts in Animal Husbandry Department of State of Bihar in State of Bihar v. Ranchi Zila Samta Party, (1996) 3 SCC 682. The allegations of corruption relate to embezzlement of around Rs. 94 Lakhs during the regime of Lalu Prasad Yadav by procuring large amount of fodder, medicines and animal husbandry equipment for fictitious livestock. In the scam that lasted for several years, total 64 cases had been registered relating to Bihar Fodder Scam. 52 cases involved withdrawal of huge sums of money from Government treasuries falling within Jharkhand State and in 36 out of 52 cases charge-sheet had been filed by CBI before the appointed day. [State of Jharkhand v. Lalu Prasad, 2017 SCC OnLine SC 551, decided on 08.05.2017] 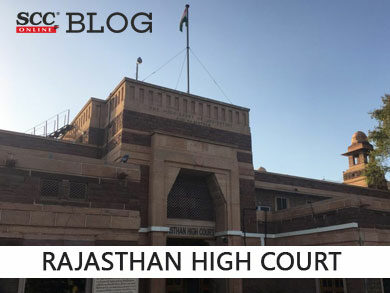