Tweet
Mr. Anthony Lianzuala took over as the New Controller General of Accounts (CGA) today. Earlier, the Government of India had appointed Mr. Anthony Lianzuala, a 1982-batch Indian Civil Accounts Service (ICAS) Officer, as the new Controller General of Accounts (CGA), Department of Expenditure, Ministry of Finance with effect from May 1, 2017.
Mr Lianzuala, a graduate from the Hindu College of Delhi University, has vast and rich experience in the government both at the Centre and the State levels. He worked at higher positions in the Central Board of Direct Taxes(CBDT), Ministry of Information & Broadcasting, Ministry of Consumer Affairs, Food & Public Distribution, Ministry of Commerce and Ministry of Rural Development.
Mr Lianzuala was the first Director of training institute in the field of Public Financial Management and Accounting in the North-East named INGAF-NER, based in Aizawl, Mizoram. He is highly credited for his IT initiatives in the North-Eastern Region. He was instrumental in computerising the functions of the State Treasuries of Mizoram. He has also served in Mizoram as Secretary in various departments including Agricultural Marketing, Border Trade and Relief & Rehabilitation. He was also selected as Managing Director of North-Eastern Agricultural Marketing Corporation (NERAMAC), a Public-Sector Undertaking, based in Guwahati.
Ministry of Finance
Tweet

By Bhumika Indulia Published on September 4, 2019 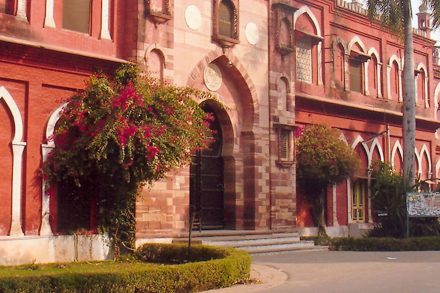 Aligarh Muslim University, Department of Law and EBC enter into MoU to index the Aligarh Law Journal on SCC Online