Central Information Commission: The appellant filed RTI application before Addl. DCP, New Delhi and sought to know the details of persons and organization responsible for assassination of Mr. Mohandas Karamchanda Gandhi in 1948 along with copy of charge sheet issued against Nathuram Godse and copy of statement given by Nathuram Godse in court during trial, etc. CPIO/Addl DCP, New Delhi transferred the application to National Archives of India, Janpath, New Delhi. Asst. Director of Archives asked the appellant to avail inspection of the relevant files and records at National Archives of India ensuring him that all facilities will be provided as per Public Records Act, 1993. Dissatisfied with the reply of CPIO, the appellant approached the Chief Information Commission.

The Commission observed that the statement of Nathuram Godse was already in public domain, in the form of books in many languages, also in digital media and said that for more details the appellant could also access the comprehensive report of Jivanlal Kapur Commission of Inquiry into conspiracy to murder Mahatma Gandhi, which is available in library of Indian Law Institute and also on its website.

The Commission referred to Gopal Vinayak Godse v.  Union of India, 1969 SCC Online Bom 88 wherein the three Judges Bench analysed the strong views of Dr Savarkar and Nathuram Godse on the policies and practices of Gandhi ji as a particular opinion of historical events of the age, which could be expressed without any restriction. Relying on the same, it was observed that the possibility of rejecting the copy of the statement of Nathuram Godse, on the ground of Section 8(1)(a) was removed with this judgment. It observed that the restrictions under Section 8 of RTI Act, were more or less coached in the same theme and language of Article 19(2) and held that the RTI application of the appellant therefore, couldn’t be denied.

The Commission went on to say that Gandhiji’s life, character and image as champion of peace, Indian Independence and Hindu-Muslim unity cannot be tarnished either by his physical elimination or writing hundreds of pages of adverse analysis of his policies. It further directed that the authority not to charge Rs. 3/- per page as per Public Records Act because the RTI Act overrides any such provision of Public Records Act, by virtue of Section 22 of Right to Information Act.

It directed the NAI to place the index of records available now with them about assassination of Mahatma Gandhi on their official website along with the procedure to gain access, and recommended development of an archive to include present digitized records and collect as many as possible from various sources to be part of their disclosures under Section 4(1)(b). It was finally directed to the respondent authority to provide certified copy of charge sheet and statement of Nathuram Godse from the CDs of archives, as sought by the appellant, upon payment of copying charges at Rs. 2/- per page, within 20 days from the date of receipt of this order. [Ashutosh Bansal v. PIO, National Archives of India, 2017 SCC OnLine CIC 280, decided on 16.02.2017] 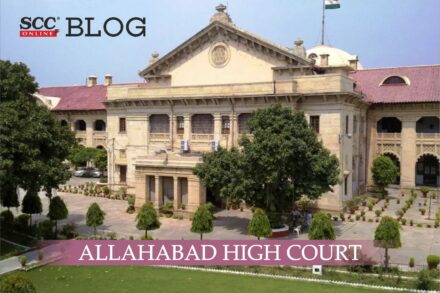 Allahabad High Court sets free rape convict languishing in jail from past 21 years; Showed anguish on authorities for notconsidering him for remission

P&H HC | Merely living together for few days is not live-in-relationship; HC imposes cost of Rs 25000 on runaway couple