National Consumer Disputes Redressal Commission (NCDRC): NCDRC has upheld an order of Rajasthan State Commission vide which Rs 25,000 has been imposed upon Postal Department for delay in delivery of an application form of a man for the post of a Civil Judge which made him miss the chance. An additional amount of Rs 10,000 has also been awarded to the complainant as litigation expenses.

State Commission observed that the negligence was committed by the India Post Department in the matter as the dak of the complainant which should have been received on the fourth day, was received on the sixth day by the addressee and directed the Department to pay Rs 25,000 as compensation and Rs 10,000 as litigation expenses to the complainant. Postal Department preferred a revision petition against the order of State Commission before NCDRC. It was averred that the Postal Department was exempted from any responsibility under Section 6 of the Post Office Act, 1898 in case of any loss, wrong delivery or delay and if the concerned officer, has committed the act willfully, only then the Department could be held responsible. It was pleaded that the Postal Department discharges a sovereign act and, therefore, the services rendered by the Postal Department are constitutional in nature and they cannot be made liable under Section 6 of the Post Office Act, 1898.

After hearing both the parties, NCDRC observed that the only stand of the Postal Department in this case was that the relevant records were not available and therefore the reasons cannot be ascertained. It was further observed that such attitude of the Postal Department was a deliberate attempt to hide the real reason for the wrong doing of its employee(s) in not delivering the letter within the norms prescribed by the Postal Department itself. “Such conduct of the Postal Department, leads to irresistible conclusion that there was a willful default on the part of its official(s) concerned, which is not being disclosed and, therefore, the case of the Complainant falls within the ambit of the exception carved out under Section 6 of the said Act. Having held so, and there being a clear deficiency of service under Section 2(1)(g) of the CPA, 1986, I am of the opinion that a reasonable compensation of Rs.  25,000 awarded by the State Commission is completely justified,” noted the Commission while dismissing the revision petition of the Postal Department. [Department of Post v. Gajanand Sharma, 2016 SCC OnLine NCDRC 1864, decided on December 8, 2016]

Cal HC | Policy decisions of State not to be disturbed unless found to be grossly arbitrary or irrational; prayer for extension of lease rejected 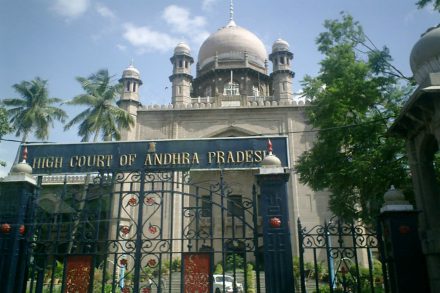 Andhra Pradesh High Court | Mere allegations of pressure or harassment at workplace will not suffice to attract ingredients of S. 306 IPC; Proof of instigation and abetment is necessary

SL SC | Appeal is not fresh suit but continuation of original proceeding; Right to sue held to survive in heir in suit for malicious prosecution