Delhi High Court: A Division Bench comprising of Gita Mittal and P.S. Teji, JJ. while observing that the order of Sessions Court dated 18th July, 2016 had denied the benefit of provisions of the Juvenile Justice (Care and Protection of Children) Act, 2000 to the appellant and was in complete and blatant violation of pronouncements of Supreme Court as well as the provisions of the JJ Act, directed that the appellant be forthwith released from custody.
The appellant, with regard to an incident dated 8th January, 2007 was charged with Section 302 IPC. His application under Section 7-A of JJ Act seeking claim of juvenility had been rejected by the Sessions Court on the ground that it had become functus officio after pronouncement of a judgment convicting the appellant under Section 304  IPC and the court did not have jurisdiction to review or alter its order. This order was revised by a Delhi High Court order dated 19th August, 2014 wherein it was held that the court which had convicted the appellant is not barred from entertaining the application under Section 7-A of JJ Act. However, there was no compliance of the order dated 19th August, 2014 and the appellant was convicted under Section 302 IPC and sentenced to life imprisonment by the trial court. Meanwhile, an inquiry was conducted by the Chief Metropolitan Magistrate and as per the reports the appellant was found to be under 18 years of age on the date of offence. This report was placed before the Sessions Court, but it was held that both, the basis to hold the age inquiry under the JJ Act by the CMM, and the inquiry report prepared were not sustainable in law. The Court also noted that since the orders convicting the appellant were final the Court could not pass the benefit of the JJ Act to the appellant.
The High Court noted that the order dated 19th August, 2014 had taken into consideration the fact that a final judgment stood passed by the trial court and Sessions Court was bound by this judgment. It was also observed that there was no dispute to the findings of the CMM’s inquiry which were premised on a proper medical examination of the appellant. The Court was pained to note that the Sessions Court has dealt with the case being completely oblivious of the valuable rights of a juvenile under the JJ Act and thereby directed Director (Academics), Delhi Judicial Academy to design a refresher course on juvenile justice which shall be sent to every District Judge who would organize and implement the training at the District Court Complexes. [Chanderjeet Kumar v. State, 2016 SCC OnLine Del 5431, decided on September 20, 2016] 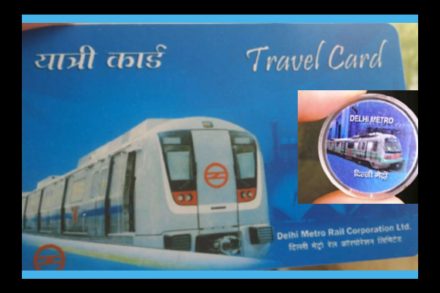 Whether discrepancies in school records on the basis of which DoB was recorded for admission in matriculation will discredit matriculation certificate for proving juvenility? SC decides