Supreme Court: In the matter where in all 869 leases were alleged to be given by the Municipality to different persons without authority of law and on which constructions have been put up without any formal lease executed in favour of concerned persons/occupants nor the approval of the State Government in terms of Section 65 of Gujarat Municipality Act, 1963, was obtained, the Court said that municipality is a trustee and must, therefore, ensure that public streets are not encroached upon.

The Bench of T.S. Thakur, CJ and A.M. Khanwilkar, J held that the fact that a resolution has been passed by the Executive Committee of the Municipality or a letter of allotment is issued by the Municipality, cannot legitimize the occupation of a public property in absence of a formal lease deed executed in that behalf and more so in respect of a land falling within the public street no right can enure in favour of the allottees/occupants of the structure on a public property, in respect of which no formal lease deed has been executed and that too when no prior approval of the State Government for such allotment and grant of lease has been obtained by the Municipality.

It was alleged that he direction given by the Gujarat High Court to take possession of the concerned property and remove illegal occupants therefrom and to demolish the unauthorized structure was in derogation of the Section 258 of the Gujarat Municipalities Act, 1963. Rejecting the said contention the Court said that municipality is obliged to restore the public property as it had originally existed, if such direction is issued by the Collector and hence, the High Court’s direction is not in derogation of the said provision; and particularly when the Collector is expected to exercise that power by following due process.

Directing the removal of the encroachment, the Court said that considering the fact that some of the structures may be in existence for quite some time and have been tolerated for all these years, it may warrant a humane approach to be taken by the State Authorities. For that the State Government must evolve a comprehensive policy, if already not in existence; and thereafter the Collector may proceed to take action in respect of such unauthorized occupation and encroachment on the public property.

However, if a new policy is required to be formulated, it may provide for rehabilitation of the unauthorized occupants to alternative location, if the unauthorized structure in occupation of a given person has been tolerated for quite some time or has been erected before the cut off date to be specified in that regard. If the structure has been erected after the cut off date, no right of rehabilitation would enure to the occupant(s) of the unauthorized structure(s) on the public property; and such structure(s), in any case will have to be removed in terms of the direction given by the High Court. The State Government may formulate an appropriate policy within six months from today, if already not in existence. [Asikali Akbarali Gilani v. Nasirhusain Mahebubbhai Chauhan, 2016 SCC OnLine SC 1122, decided on 07.10.2016]

Calcutta High Court| Vigil to be maintained to prevent noise pollution in general; Sound levels to be within permissible limits 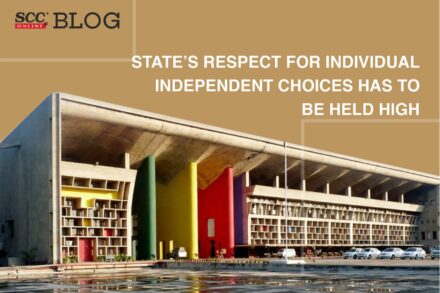