Supreme Court: The Bench of V. Gopala Gowda and Arun Mishra, JJ gave a split decision on the question as to whether a person can be convicted under Section 109 IPC for abetment if the charges of conspiracy under Section 120-B IPC fail.

As per V. Gopala Gowda, J, for Section 109 of IPC, it is not enough to show a conspiracy as it has to be taken a step further. He said that it needs to be proved that an act is committed in furtherance of that conspiracy. Once the charge under Section 120-B of IPC falls, in order to convict the accused under Section 302 read with Section 109 IPC, or Section 365 read with Section 109 IPC, what is needed to be established is the happening of some overt act on the part of the accused.

Woman cannot be made to choose between career and child; Bombay High Court allows mother to relocate to another country with the child 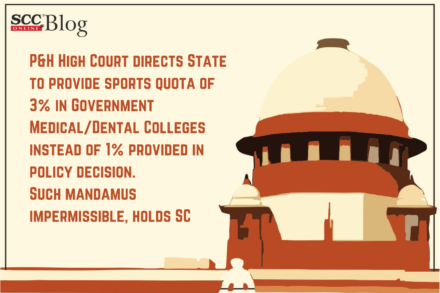