Supreme Court: In the light of the meeting with Google India, Yahoo ! India and Microsoft Corporation (I) Pvt. where all the respondents had agreed to follow the law of this country and not to allow any advertisement or publish any content on their respective search engines, the Court noticed that Google India, Yahoo ! India and Microsoft Corporation (I) Pvt. Ltd. are bound to develop a technique so that, the moment any advertisement or search is introduced into the system, that will not be projected or seen by adopting the method of “auto block”. The said meeting was conducted in pursuance of the order dated 05.07.2016.

The bench of Dipak Misra and C. Nagappan, JJ clarified that if any person tries to avail the corridors of these companies, this devise shall be adopted so that no one can enter/see the said advertisement or message or anything that is prohibited under the Pre-conception and Pre-natal Diagnostic Techniques (Prohibition of Sex Selection) Act, 1994, specifically under Section 22 of the said Act.

Ranjit Singh, Solicitor General had produced a “proposed list of words” like ‘gender selection’, ‘prenatal sex selection’, ‘baby gender selection’, etc., in respect of which when commands are given, there will be “auto block” with a warning and nothing would be reflected in the internet, as it is prohibited in India. Agreeing to this, the counsels appearing on behalf of the search engines said that apart from the aforesaid words, if anyone, taking recourse to any kind of ingenuity, feed certain words and something that is prohibited under the Act comes into existence, the “principle of auto block” shall be immediately applied and it shall not be shown, however, they can only do this when it is brought to their notice.

Stating that it is difficult to accept the submission that once it is brought to their notice, they will do the needful, the Court held that the search engines are under obligation to see that the “doctrine of auto block” is applied within a reasonable period of time. The Court further directed that it has to be an in-house procedure/method to be introduced by the Companies. The matter will be taken up on 16.11.2016 for final disposal. [Sabu Mathew George v. Union of India, 2016 SCC OnLine SC 955 , decided on 19.09.2016] 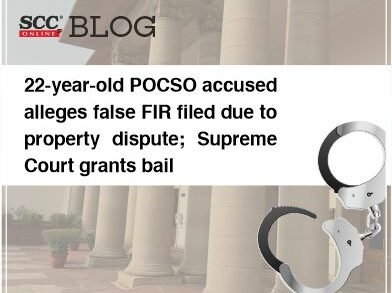