Delhi High Court: Hearing an appeal against the Family Court’s order dismissing the appellant husband’s petition for dissolution of marriage on grounds of cruelty, the Court observed that the law pertaining to cruelty is if by resuming cohabitation the spouse claiming victim of cruelty forgives the other spouse who commits the cruelty, the alleged act of past cruelty cannot be relied upon to seek divorce on account of the cruelty unless they are revived by subsequent acts of cruelty.

The appellant/husband got married to the respondent/wife on November 22, 2004 according to Hindu rites and ceremonies and a son was born on January 01, 2006. The husband filed a petition under Section 13(1)(i-a) of Hindu Marriage Act, 1955 citing several instances of cruelty stated to have been committed by the respondent/wife.

While observing that there was no allegation of physical cruelty being committed by the wife and divorce is being sought on the allegations of mental cruelty, held that the appellant husband failed to prove that he was treated with cruelty.

The Bench of Pradeep Nandrajog and Pratibha Rani, JJ observed that the respondent did not seek dissolution of marriage on account of desertion under Section 13(1)(i-b) of the Hindu Marriage Act but on account of the mental cruelty being committed by the respondent wife. The Court agreed with the findings of the Family Court that none of the incidents enumerated except the accusation of illicit relationship with his bhabhi or creating a scene when he was alleged to be in his bhabhi’s room, amounted to mental cruelty of a level envisaged under Section 13(1)(i-a) of the Hindu Marriage Act. The Court held that it was not a case of dissolution of marriage on the ground of cruelty being caused to the appellant husband. Even if there was any act of mental cruelty, the same was condoned by the appellant by cohabiting till his wife left on April 06, 2008. There was no instance of cruelty being committed by the respondent wife thereafter.

The appellant also urged that the marriage had broken down irretrievably as more than eight years had passed since the respondent wife had left the matrimonial life, hence the marriage may be dissolved by a decree of divorce. Dismissing the appeal, the Court observed that the wife had nowhere expressed her desire to seek a divorce, besides no sincere effort was made by the appellant to save the marriage by remaining in touch with his wife and son or to provide some amount for better upbringing of their son. The case was to seek dissolution of marriage on account of cruelty and not on desertion, hence the appellant was not entitled to seek a decree of divorce claiming that the marriage had broken down irretrievably. [Neeraj Kumar v. Pooja Verma,  2016 SCC OnLine Del 4625, decided on August 19, 2016]

AFT| Policy of retiring Group Captain (Time Scale) at the age of 54 years instead of 57 years creates a subclass within the same class of equals and is violative of Arts. 14 and 16 of the Constitution 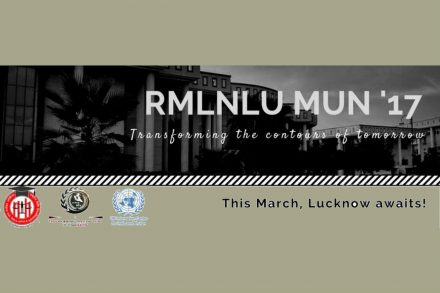