Patna High Court: While dealing with issue relating to the validity of the election of Respondent 1, the bench comprising of Justice Kishore Kumar Mandal, declaring the election null and void observed that a contesting candidate is mandated by law to disclose his past criminal antecedents where the possible conviction is two years or more and triviality of the offence would not be of much consequence.

In the present case, the validity of the election of the respondent no. 1(Chhedi Paswan, a BJP MP from Sasaram (SC) Parliamentary Constituency in Bihar) who was declared elected at the said parliamentary election having polled the highest number of valid votes was questioned. The prayer made by the Petitioner to order re-election on the ground of suppression of criminal antecedents by the Respondent No. 1.

The Court noted the relevant evidence adduced by the parties on the point of disclosure or non-disclosure of the antecedent of the respondent no. 1. From the evidence of Respondent no. 1, it was seen that the witness has admitted that he wrote shunya in each column of paragraph 5(ii) of Form-26 (the affidavit).

The Court further noted the ruling of Supreme Court in Union of India v. Association for Democratic Reforms, (2002) 5 SCC 294 that the contesting candidate must disclose in relevant form on affidavit the criminal cases instituted against the contesting candidate prior to six months of filing of nomination as to whether the candidate is accused in any pending case, of any offence punishable with imprisonment with two years or more, and in which charge is framed or cognizance is taken by the Court of Law. In fact, the Respondent no. 1 had disclosed the pendency of the aforesaid case while filing his nomination paper to contest 204 Mohania Assembly Constituency held in 2010. The same was, however, not disclosed to contest the present election. In the circumstances, for such non-compliance of the provisions of the Act, the order issued by the ECI under Article 324 of the Constitution and breach of Article 19(1)(a) of the Constitution, the election of respondent no. 1 from 34 Sasaram (SC) Parliamentary Constituency is liable to be held as null and void as the respondent no. 1 suffered from constitutional disability. [Ganga Mishra v. Chhedi Paswan, Election Petition No.1 of 2014, decided on 28.07.2016] 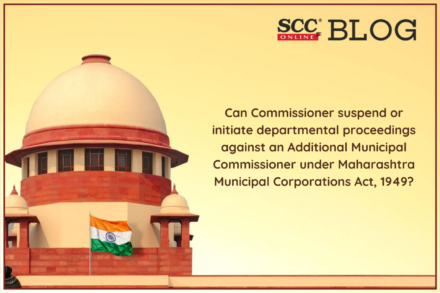 Chh AAR | Amount payable by supplier but incurred by service recipient, is includible in value of supply of goods or services