Admissibility of Electronic Evidence: It has been highlighted in this article that the admissibility of the secondary electronic evidence has to be adjudged in the light of the principles laid down in Section 65-B of the Indian Evidence Act and the proposition of law settled in the judgments of the Supreme Court along with judgments of the Rajasthan and Delhi High Courts. If the secondary electronic evidence is not accompanied by a certificate issued in terms of Section 65-B of the Evidence Act, it is not admissible in evidence and any opinion of the examiner of electronic records, or the deposition of the witnesses in court pertaining to the contents of such electronic record without Section 65-B compliance cannot be looked into by the courts. [Admissibility of Electronic Evidence by Justice Kurian Joseph, (2016) 5 SCC (J-1)] 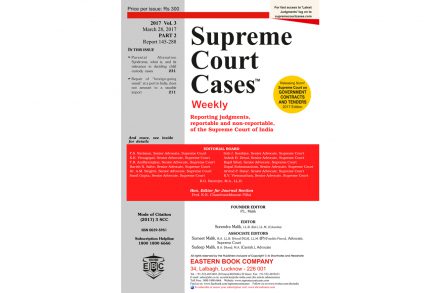