Madras High Court: Grabbing the opportunity to clarify the legal position with regard to child marriage, the Division Bench of S. Manikumar and C.T. Selvam, JJ., observed that a child marriage is voidable at the option of the contracting party who was a child at the time of the marriage. It was further observed that a presumption of marriage may arise even on proof of prolonged cohabitation.

In the present case the appellant had sought divorce from her spouse under Section 13(1) (i-a) of the Hindu Marriage Act, 1955. However her petition was rejected by the Family Court, Tirunelveli. According to the findings of the Family Court, the appellant was a minor when she entered into marriage with the respondent. The Family Court deemed it fit to reject the petition on the ground of a settlement dated 29.06.2009, whereby “the settlee would reside with the settlor and attend to his needs throughout his life time.”

The Bench pointed out that the Family Court had a mistaken impression that a child marriage is void. The mistaken presumption of the Family Court gave the High Court the chance to analyze the concerned provisions in Hindu Marriage Act and Prohibition of Child Marriage Act. The Court observed that Section 5(3) of the Hindu Marriage Act requires that the groom should be of age during the time of his marriage; however breach of this provision does not render the marriage void under Section 11 of the 1955 Act. Similarly the provisions of Prohibition of Child Marriage Act, 2006 expressly declares that a child marriage is voidable. [M. Janaki v. K. Vairamuthu, 2016 SCC OnLine Mad 1409, decided on 29.02.2016] 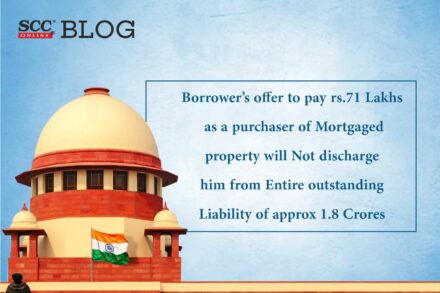