My father, my grade 3, 4 & 5 teacher – Mrs Siddique (yes, she taught me for three years) and Carlyle McFarland (currently the Principal of La Martiniere College) who taught me more than what Shakespeare and Bernard Shaw had to say about life.

Actually it was easy. Somewhere, at the back of my mind I knew that I would join the family business. However, which part – the legal editing side or the management side was a decision I came to by Class 11. Surprisingly my decision to join law and give National Law School a shot was influenced by my aunt (who was in Mr Sorabjee’s chamber and now is General Counsel for Microsoft) than my father who did his law from the Law Faculty and his masters from Columbia.

I feel that when I was in law school a lot of the emphasis was on learning, People who had come to NLS (it was the only NLU at the time) weren’t sure what they would do once they graduated. So a lot of them focussed on the learning. I also don’t mean the formal learning of the law.  We just learnt – from our seniors, from each other and from our teachers too. Now I feel, rightly or wrongly, that those who are in the law schools, especially in-the-top-of-the-bunch-law schools – it’s become all about jobs. The entire focus is on getting that job and learning seems to have taken the back seat. What is taught at these NLUs has also become more focussed on the student getting that Job.

I feel that an LL.M. should be undertaken only for that wider worldview. In a year, as most LL.Ms. have now become, students should focus on broader perspectives and not so much on learning a subject. Not many students who are doing their LL.Ms. from Indian Universities write, and when I say that, I mean critical writing – sure they will write their dissertations to get their degrees, but not many want to look at things from a new perspective and that year of LL.M. is a great opportunity for this critical writing. Let the piece be short, but it should be able to make a mark. If someone is lucky to study at a foreign university then the learning from perspectives of your classmates from the various countries of the world is invaluable and should not be missed out on.

I would first say to them that what you have received is a wholesome education. What a legal education does (or is meant to do) is sharpen your ability to think, separate the important from the unimportant – this ability will hold you in good stead in whatever you may choose to do. Also, I would tell them to follow their heart. Merit in today’s India is a virtue.

I think working in a legal publishing house like ours offers many things – first amongst them is a sense of contribution, let me elaborate – as a legal editor, your work reaches out to many, be it students or practitioners and the outcome is quite tangible too in the form of a student text, a practitioner’s title or headnote or a case brief etc. – it’s in black and white – literally. Imagine, a book on that you may have worked in the hands of the President of India or the Chief Justice of India. Then, there is a lot of work-life balance – sure targets have to be met, but usually sanity prevails. I think it can be extremely fulfilling for someone with a sense of positive creativity, of contributing to nation building. And, there is growth in traditional sense too.

A good reading habit never hurt anyone, but this is such a field where one must know more and more about less and less – so develop good legal research skills and how to apply them – then you will be able to control every situation. If you know how to research that critical judgment and place it before the Judge, you’ve won the day!

What helps a lot is my interaction with those that are still students of law – they have their own perspectives to look at things and many a times in a very interesting way. Secondly, I take time off and disconnect completely with my current world. 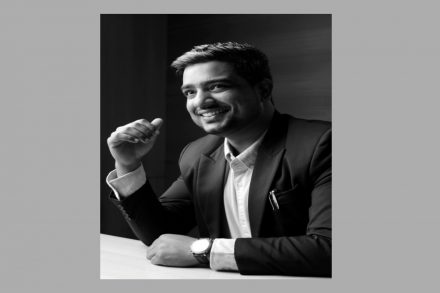 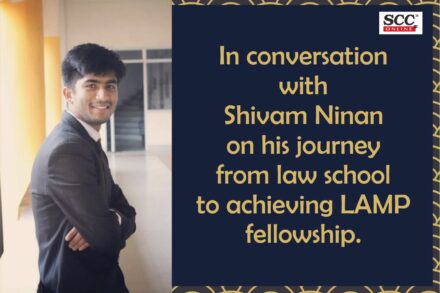 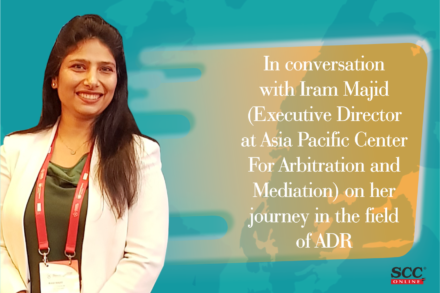 In conversation with Iram Majid, Executive Director at Asia Pacific Center for Arbitration and Mediation on her journey in the field of ADR