Supreme Court: While discussing the issue of expeditious disposal of disputes pertaining to elections, the bench of J. Chelameswar and R.F. Nariman, JJ., observed that in the interest of justice, it is desirable and feasible that dedicated Benches should be created by the Chief Justice of every High Court to deal exclusively with election disputes. The Court further added that the judges entrusted with the task of adjudicating electoral disputes should not be burdened with any other tasks until the dispute is completely adjudicated.

The observations of the Court came in the wake of repeated adjournments of an election petition related to the dispute between the candidates contesting for 72-Kawardha assembly constituency during the elections conducted for Chhattisgarh Legislative Assembly in 2013. However, Section 86 (7) of the Representation of the People Act, 1951 categorically mandates the speedy disposal of an election petition by a High Court. The appellant in the instant case was represented by P.S. Sudheer.

The Court observed that the Parliament while enacting Representation of the People Act, 1951, intended towards the speedy disposal of election disputes because the tenure of the Parliament and State Legislature is short, therefore any dispute that arises during this tenure, should be expeditiously resolved as membership of the legislative bodies is a scared responsibility and gives the candidates a chance to participate in the law making process. It was further observed that speedy disposal of election disputes should be done keeping in mind the rights and obligations the contesting candidates. However, the Court was disappointed on the repeated adjournments and delay in resolution of such disputes as such delays make a mockery of justice. The Courts also lamented upon the fact that absence of special benches to decide such disputes; complex technicalities of the laws related to election and heavyweights throwing all their might to prolong the cases, have largely contributed towards such delays in disposal. Mohd. Akbar v. Ashok Sahu, 2015 SCC OnLine SC 174, decided on 27.02.2015 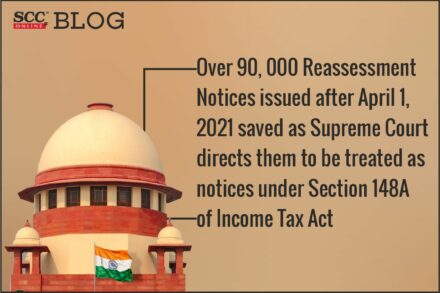 “No coercive measures to be taken”| Can High Courts pass such blanket orders while refusing to quash investigation? Here’s the law laid down by the Supreme Court