Supreme Court: Listing the matter to be heard on 24.11.2014, the 3-judge bench of Dipak Misra, R.F. Nariman and U.U. Lalit, JJ asked the Central Government to elaborate on the prevailing   atmosphere   that   most   of   the juveniles are engaged in horrendous and heinous crimes like rape, murder and drug-peddling, etc.

In the present case where the CBI, through Attorney General Mukul Rohatgi, approached the Court when the High Court of Calcutta declined to interfere with regard to the age of an accused on the ground that there is proof that he is a juvenile, the Attorney General suggested that the entire scheme of juvenility is engaging the Central Government’s attention. Hence the Court asked the Attorney General to file an affidavit within 3 weeks, elaborating upon whether there is any kind of consideration as regards the reduction of age, and whether the juvenility will depend upon the nature of offence committed. Central Bureau of Investigation v. Swapan Roy, 2014 SCC OnLine SC 847, decided on 27.10.2014

NGOs substantially financed by Government fall within the ambit of ‘public authority’ under RTI Act: SC 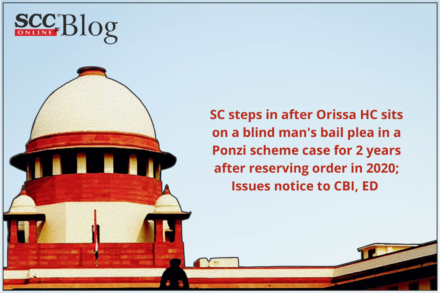 SC steps in after Orissa HC sits on a blind man’s bail plea in a Ponzi scheme case for 2 years after reserving order in 2020; Issues notice to CBI, ED