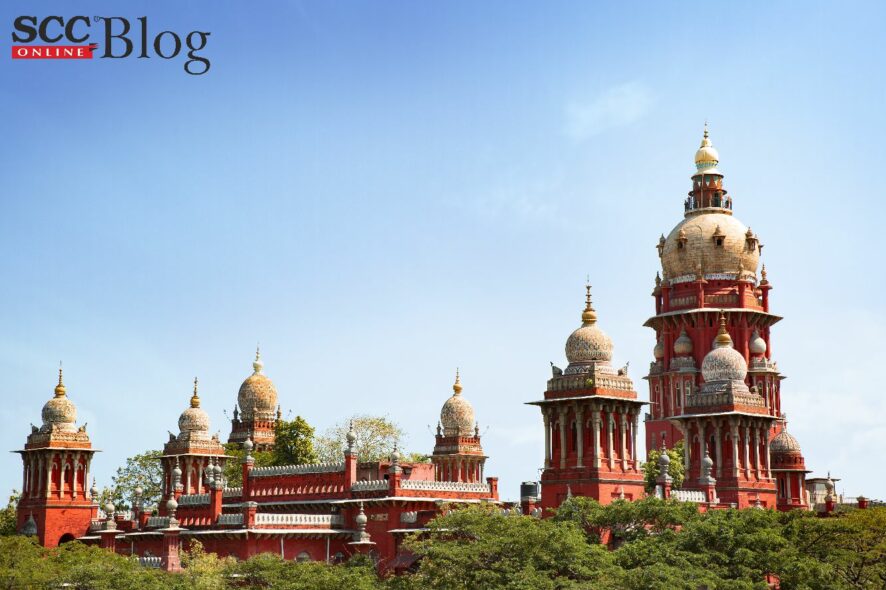 Madras High Court: Expressing that, a convict cannot enjoy all the liberties as are available to a common person, otherwise there would no difference between a law-abiding citizen and a law-violating prisoner, the Division Bench of Munishwar Nath Bhandari, ACJ and Pushpa Sathyanarayana and P.D. Audikesavalu, JJ., held that,

The leave for a specific purpose which may be for undergoing infertility treatment, as such, may not be considered for having conjugal relationship in common parlance, but for extraordinary reason, thus we (High Court) can safely hold that the 1982 Rules itself protect the rights of the prisoner guaranteed under Article 21 of the Constitution of India to the extent it is required.

A Division Bench had passed an order referring the following two questions for consideration by a Larger Bench:

(i) Whether the denial of conjugal rights to a convict prisoner would amount to denial of such a right to his/ her spouse and thereby, violative of Article 21 of the Constitution of India? and

(ii) Whether the State can be directed to favourably consider the request of a convict prisoner for emergency leave or ordinary leave for the purpose of having conjugal relationship with his/her spouse, though the Tamil Nadu Suspension of Sentence Rules, 1982 does not envisage this?

The questions were referred to in view of the order of Division Bench granting temporary leave for a period of two weeks to the convict. The said petition was preferred by the wife of the detenu, to grant leave to the convict for 30 days to have conjugal relationship, as they were not having a child from the wedlock and the petitioner was advised to have infertility treatment along with her husband.

The Division Bench had granted temporary leave to the convict and the sentence was suspended for the said period and accordingly, the respondents were directed to release the husband subject to certain conditions.

Later the petitioner filed a fresh petition to seek 6 weeks of leave to her husband for which Division Bench noticed that there was no provision in the Tamil Nadu Suspension of Sentence Rules, 1982 for grant of emergency or ordinary leave for a convict to have a conjugal relationship with spouse.

In view of the above circumstances, the matter was referred to Larger Bench.

Whether the denial of conjugal rights to a convict would amount to the denial of rights guaranteed under Article 21 of the Constitution of India?

It is no doubt true that Article 21 of the Constitution of India guarantees protection of life and personal liberty. In the present matter, the petitioner’s husband was tried in a criminal case and had been convicted for life imprisonment.

As per the facts of the case, the petitioner’s husband was granted leave for a period of two weeks, which he availed and further filed a petition seeking 6 weeks leave for undergoing the infertility treatment.

The Punjab and Haryana High Court, in Jasvir Singh v. State of Punjab, 2014 SCC OnLine P&H 22479, had considered the issue of conjugal rights of the convict and had made a reference to the provisions of the Prisons Act, 1894 and the Supreme Court decision in Sunil Batra v. Delhi Admn., (1978) 4 SCC 494. Further, the petition was decided holding conjugal rights of the prisoner to be a fundamental right guaranteed under Article 21 of the Constitution of India.

High Court expressed that the provisions of the 1982 Rules do not provide leave for having a conjugal relationship with spouse.

“…if a provision for leave to have conjugal relationship is provided, the prisoner may ask for the leave invariably on that ground and, that too, time and again.”

The Bench added that, it cannot, however, mean that under all circumstances except those specified in Rule 20(i) to (vi) and Rule 20(viii) of the 1982 Rules leave can be denied, rather Rule 20(vii) of the 1982 Rules provides for grant of leave for any other extraordinary reasons, which can be of the nature referred in this case, i.e., for undergoing infertility treatment. However, leave on that ground cannot be sought time and again.

Whether the wife of the convict can seek to leave to enable her, and the convict husband undergo infertility treatment to beget a child and whether it would fall under the category of extraordinary reasons?

High Court opined that petitioner’s request to undergo infertility treatment in a circumstance when the convict had no child from the wedlock forms and extraordinary reason for grant of leave.

Therefore, petitioner case fell under Rule 20(vii) of the 1982 Rules.

Answers to the Questions referred:

For the Petitioner: Mr R.Narayanan

Evidence can be adduced by way of affidavit of witnesses in Motor Accident Claims Tribunal, in the absence of objection

AFT | Can a defence person change the name of his wife twice in his service records? Tribunal answers