Armed Forces Tribunal (Principal Bench): The Bench of Rajendra Menon, J., (Chairperson) and Lt Gen P.M. Hariz, Member (A) held that punishment of ‘Severe Reprimand and 07 days pay fine’ after summary trial does not fall under the umbrella of service matters. Therefore, the Tribunal has no jurisdiction to deal with the same.

The instant application had been filed to assail the punishment order vide which, on the basis of a summary trial, punishment of ‘Severe Reprimand and 07 days pay fine’ had been imposed on the applicant. The applicant had requested to quash the aforesaid punishment and that his case be considered for promotion.

The respondent contended that the grievance raised by the applicant and the relief claimed for, do not fall within the purview of ‘service matters’ as defined in Section 3(o) of the AFT Act; therefore, the Tribunal did not have jurisdiction to deal with the issue in question.

To assail the contention raised by the respondent, the applicant had relied on the decision of Major Kunwar Ambreshwar Singh v. Union of India, 2014 SCC OnLine All 15134, wherein the Allahabad High Court had held that the Tribunal had jurisdiction in the matter. In that case the High Court had interpreted the provisions of Section 3(o) of the AFT Act as follows:

“In view of above, while interpreting the provisions contained in Section 3(o) of the Act, the provisions contained in Clause (iv) containing the words, ‘any other matter, whatsoever,” cannot be excluded. In case these words are not taken into account, it shall make Clause (iv) redundant which is not permissible under Interpretative jurisprudence.

…A plain reading of the aforesaid provision reveals that it is not covered by the exception provided under Clause (iv) of sub-section (o) of Section 3 of the Act. Accordingly, it was not open for the Armed Forces Tribunal to remand back the case to the High Court. The tribunal has failed to exercise jurisdiction vested in it. The jurisdiction conferred by the statute cannot be diluted or interpreted otherwise by applying the principle of reading down. In case the order of the Principal Bench of Armed Forces Tribunal, New Delhi is upheld, it shall amount to supply of cautious omissus to Section 3 of the Act and deprive the right of army personnel to approach the tribunal for expeditious disposal of a dispute relating to the punishment awarded to them.

It was this phrase ‘any other matter, whatsoever’ which had been taken note of by the Allahabad High Court,, wherein the High Court had held that ‘any other matter, whatsoever’ is connected with the service dispute and falls within the purview of the definition, else the clause would become redundant. Disagreeing with the findings of the High Court, the Tribunal relied on the ‘Principles of Statutory Interpretation’ by Justice G.P. Singh (13th Edition), wherein it states that the object of interpretation of Statute is to ascertain the intention of the Legislature communicating it and advance the cause of such intention. The Book further states,

Analysing the definition of ‘service matters’, in the backdrop of aforesaid principles of statutory provisions, the Bench opined that in relation to persons subject to the Army Act, 1950, the Navy Act, 1957 and the Air Force Act, 1950, all matters relating to their conditions of service are brought within the purview of ‘service matters’ and Section 3(o) of the AFT Act clearly indicates that the ‘service matters’ shall include the items enumerated in sub-clauses (i), (ii) and (iii). Thereafter, clause (iv) speaks about ‘any other matter, whatsoever’.

Additionally, sub-clauses (i), (ii), (iii) to (iv) of the exclusion clause are taken away or excluded from the definition of ‘service matters’, that is they are beyond the jurisdiction of the Armed Forces Tribunal and one of the items excluded is ‘all punishment imposed after Summary Court Martial except dismissal or imprisonment for more than three months’.

In our considered view, the Allahabad High Court, with all due respect, has taken note of the ‘inclusion clause’ but has very conveniently ignored the ‘exclusion clause’.

In the above backdrop, the Bench opined that in Major Kunwar Ambreshwar Singh’s case the Allahabad High Court had interpreted the legislative intent and the scope and manner of words ‘service matters’ in a manner which would be doing harm to the legislative intent by ignoring certain parts of the definition and interpreting the same, in a manner that the ‘exclusion clause’ contained in the definition is totally given a go-by or ignored. Therefore, the Bench held that the said judgment did not lay down the correct legal principle viz. a viz. the definition of ‘service matters’ and the same would not be a binding precedent.

Accordingly, it was held that the subject-matter of the dispute, canvassed by the applicant did not fall within the definition of ‘service matters’, therefore, the Tribunal had no jurisdiction to deal with the matter. The application was dismissed with liberty to the applicant to take recourse remedy as may be permissible under law. [Shatrughan Singh Tomar v. Union of India, 2021 SCC OnLine AFT 8277, decided on 07-04-2021] 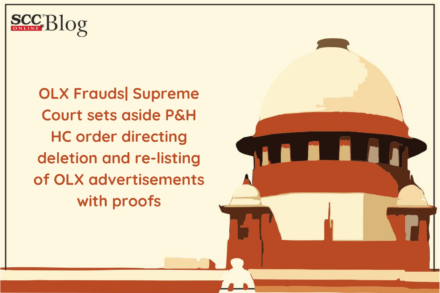 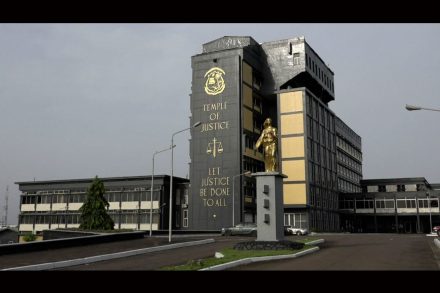