Supreme Court: A 3-judge bench of Ranjan Gogoi, CJ and Deepak Gupta and Aniruddha Bose, JJ has refused to entertain a PIL seeking a direction to the Punjab government to set up a special investigation team (SIT) to probe the death of a government official whose body was found on railway track near Jalandhar Cantt station in November 2017.

The bench said that it was not inclined to entertain the plea and granted liberty to the petitioners to approach the Punjab and Haryana High Court with their grievances. It said,

“We are not inclined to entertain this petition under Article 32 of the Constitution of India, on the ground stated before the Court by the petitioner-in-person that as a law student the petitioner has no time to move the High Court.”

The plea, filed by three law students Deepali Vashishth, Prateek Raj and Anurag Mani, said that Rahul Bhatia was posted in the Regional Passport office at Jalandhar and on November 15, 2017, his body was found near the railway station. They said that Bhatia’s parents, who are residing in Delhi, were informed by the police about it but no proper investigation was carried out in the case. They have said in the plea that several complaints and representations were made to the top authorities but no action was taken in the matter by the police.

The plea also sought a direction to the authorities to ensure that in every case of death, where proceedings under section 174 of the CrPC is initiated, a charge sheet is submitted to the judicial magistrate after conducting probe. Section 174 of CrPC deals with inquiry by police in cases of suicide or unnatural deaths. 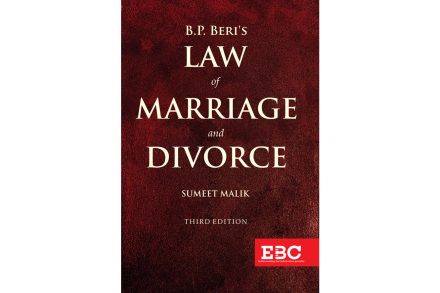