Karnataka High Court: M. I. Arun J. dismissed the petition without interfering in the discretion exercised by the Appellate Court in the impugned judgment.

The facts of the case are that an original suit was filed before Additional Civil Judge, Senior Division, Kolar for a decree of partition and separate possession of 1/4th share in the suit schedule properties. The respondents in the original suit i.e. petitioners in the present writ petition entered appearance through their advocate but failed to file the written statement despite several opportunities being given, pursuant to which decree was granted in favour of the plaintiff in the original suit. The judgment was later challenged by a delay of 3 years (condoned by Court) by an appeal which was later prayed for dismissal. Thereafter petition under Order 9 Rule 13 of Code of Civil Procedure i.e. CPC was filed for setting aside the impugned decree and was later dismissed vide order dated 27-06-2011.  The dismissal order was further challenged by an appeal which was allowed and the original suit was restored to file. Aggrieved by the said order, this revision petition has been preferred.

Counsel for the respondents submitted that the appearance in the original suit was entered through advocate alone and no written statement was filed or arguments were advanced, therefore they cannot be considered as ex parte and should not be entitled to prefer an application under Order 9 Rule 13 CPC.

In any case in which a decree is passed ex parte against a defendant, he may apply to the Court by which the decree was passed for an order to set it aside; and if he satisfies the Court that the summons was not duly served, or that he was prevented by any sufficient cause from appearing when the suit was called on for hearing, the Court shall make an order setting aside the decree as against him upon such terms as to costs, payment into Court or otherwise as it thinks fit, and shall appoint a day for proceeding with the suit;

Provided further that no Court shall set aside a decree passed ex parte merely on the ground that there has been an irregularity in the service of summons, if it is satisfied that the defendant had notice of the date of hearing and had sufficient time to appear and answer the plaintiff’s claim.

Explanation-
Where there has been an appeal against a decree passed ex parte under this rule, and the appeal has been disposed of an any ground other than the ground that the appellant has withdrawn the appeal, no application shall lie under this rule for setting aside that ex parte decree.

In view of the observations, Court held relied on judgment G. Ratna Raj v. Sri Muthukumarasamy Permanent Fund Ltd., (2019) 11 SCC 301 and held that when the defendants entered appearance but did not contest the case, it will be treated as Exparte and the defendants can maintain a petition under Order 9 Rule 13 CPC.

Delhi High Court: A Bench of G.S. Sistani and Jyoti Singh, JJ., dismissed an appeal filed by the appellant-wife against the order of the family court rejecting her application under Order 9 Rule 13 CPC for setting aside the ex-parte decree of divorce passed in favour of her husband.

The parties married each-other in the year 1989. They were living separately since 2004. The husband filed a petition before the family court for grant of divorce under Sections 13(1)  (i-a) and (i-b) of the Hindu Marriage Act, 1955. A notice was issued to the wife, who despite the service of the same, decided not to appear in the matter. On 03-05-2008, the family court passed an ex-parte divorce decree in favour of the husband. The said order was challenged by the wife by filing an application under Order 9 Rule 13 CPC for setting aside the ex-parte decree which was rejected by the family court. Aggrieved thus, the wife filed the present appeal.

Mitthan Lal, Advocate for the wife submitted that the husband played fraud on the court by producing a false report. As per him, the service report shows that the wife was not found at the given address and the summons were not delivered. Per contra, Prerna, Advocate appearing for the husband supported the impugned order.

Delhi High Court: Division Bench of Jyoti Singh and G.S. Sistani, JJ. allowed an appeal filed against the order of Family Court whereby an ex-parte divorce decree was passed against the wife.

The parties were married to each other. However, subsequently some differences arose and the husband filed for divorce under Section 13(1)(ia) of the Hindu Marriage Act. His petition was allowed and ex-parte divorce decree on ground of “cruelty” was passed against the wife. The wife applied to Family Court under Order 9 Rule 13 CPC for setting aside the ex-parte decree which was dismissed. Aggrieved thereby, the wife preferred the present appeal.

Trilok Chand and Rita, Advocates for the wife contended that she had instructed the previous counsel to prosecute the case on her behalf but he was not diligent in doing so. It was submitted that a complaint had also been filed against the previous counsel with Bar Council of Delhi.

The High Court issued a notice pursuant to which the husband appeared and submitted he had no objection to the appeal provided the wife does not take any unnecessary adjournment in the matter. The wife assured the Court to not cause delay in completion of the trial. As such, wife’s application under Order 9 Rule 13 read with Section 151 CPC was allowed and the ex-parte divorce decree passed Family Court was set aside. The matter was remitted back to Family Court. [R v. S.B.K., 2019 SCC OnLine Del 6929, dated 25-01-2019] 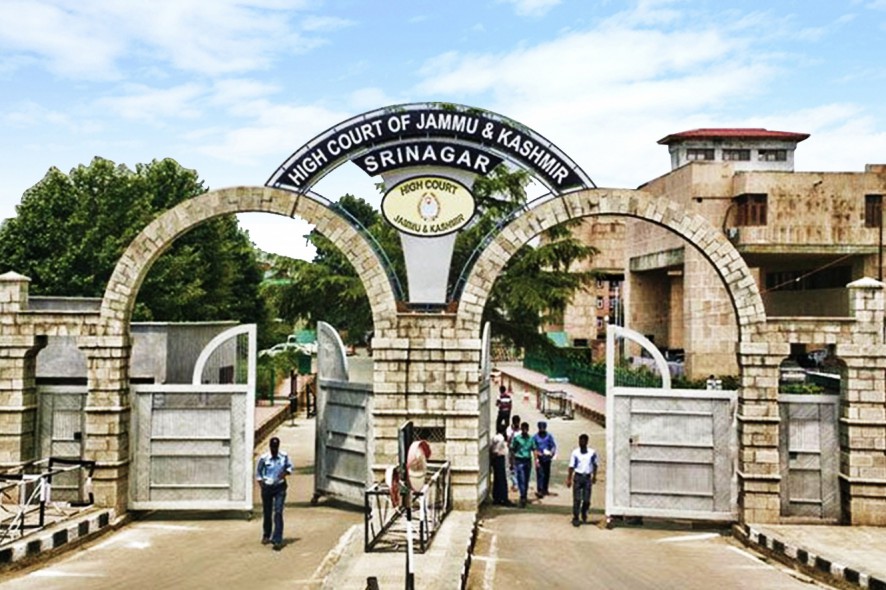 High Court of Jammu and Kashmir: The Bench of Alok Aradhe J. recently addressed a revision petition wherein the petitioner challenged the decision of the trial court in allowing the application preferred by the respondent under Order 9 Rule 13 CPC.

The facts of the case are that the petitioner had filed a petition under Section 13 of the J&K Hindu Marriage seeking dissolution of marriage following which the respondent filed an application for transferring the proceeding to the Court of the Principal District Judge which was allowed and the parties had been directed to be present at the said Court on 20/10/2011. Further on, the petition was heard with the respondent proceeding ex parte subsequent to which an ex parte decree was passed. The petitioner had informed the army authorities about the dissolution of the marriage and the army authorities then went on to intimate the respondent about the decree of dissolution. Consequently the respondent had applied for extension of time in filing the application for setting aside the ex parte decree belatedly which was allowed by the trial court.

The counsel for the petitioner submitted that the Court should have appreciated the fact that the order for transferring the case was passed in the presence of both parties and that both parties had been directed to present themselves before the said Court on 20/10/2011. The counsel also contended that despite the authorities having informed the respondent about the dissolution, it took the respondent a period of 1 year to file an application seeking extension of time for filing the application. The last contention by the counsel for the petitioner was that the petitioner was not given any opportunity to file a reply or adduce any evidence in the proceeding under Order 9 Rule 13 CPC.

The counsel for the respondent on the other hand contended that the respondent had supported the order of the trial court and that the application seeking condonation of delay as well as the proceeding under Order 9 Rule 13 had been clubbed together and evidence had been recorded jointly in both the proceedings as was allowed in Manjeet Singh v. Manjeet Kour , 2001 SLJ 439 and in Darshana Devi v. Bodh Raj, 2014 (2) JKJ 585 [HC].

The Court held that the trial court should have first decided the application under Order 9 Rule 13 CPC and subsequently proceeded to deciding the application by recording the evidence separately. The Court held that severe injustice had been done to the petitioner by clubbing both the proceedings and recording the evidence. The Court agreed that the petitioner should have been allowed to lead evidence in the main proceeding which was initiated by the respondent and hence, suffered from an error apparent on the face of the record. The impugned order also suffered from jurisdictional infirmity which couldn’t be sustained in the eyes of the law. Hence, the impugned order was quashed. [Harjeet Singh v. Taranjeet Kour,  2017 SCC OnLine J&K 746, order dated 18.12.2017]