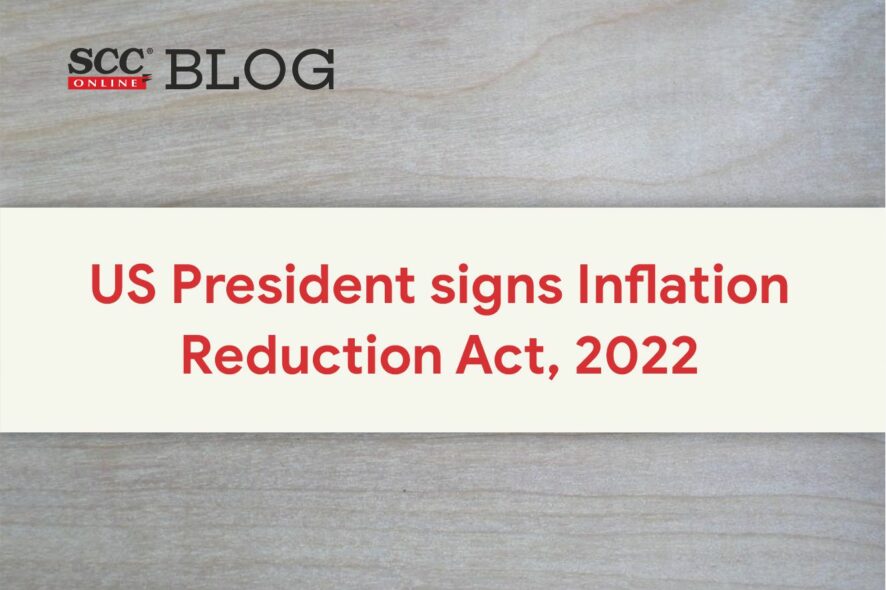 On 16th August, 2022,  the Inflation Reduction Act, 2022 was signed by the President of USA. The Act includes law over climate, health and energy. 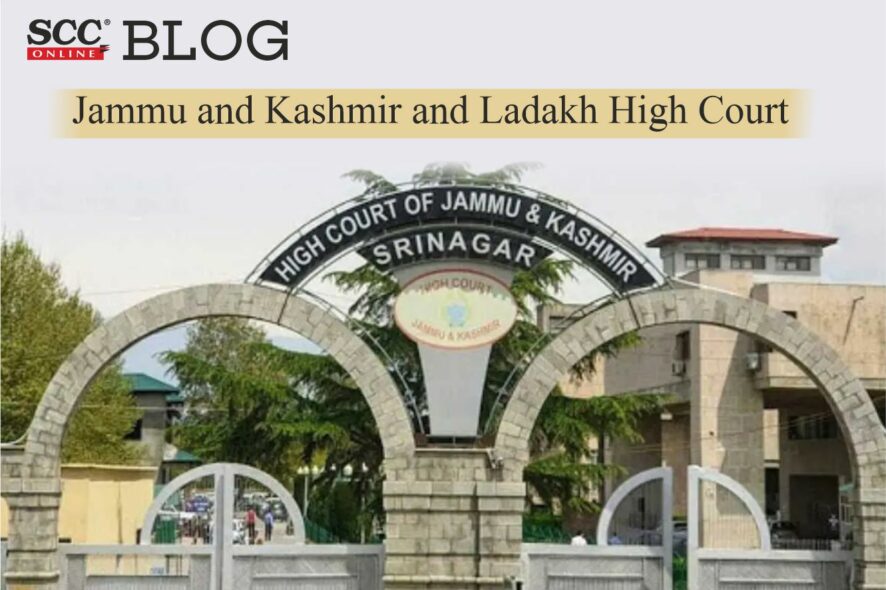 Facts of the case: The petitioners, serving in Sher-i-Kashmir Institute of Medical Sciences Soura, Srinagar (hereinafter ‘SKIMS') as Staff Nurses, claimed to have rendered their services for the last 27 years. The petitioners were Matriculates and possessed 3 years Diploma in General Nursing and Midwifery. In 1998, SKIMS promulgated the Sher-i- Kashmir Institute of Medical Sciences Subordinate Services Recruitment Rules 1998 (hereinafter ‘1998 Rules') as per which no person was eligible for appointment or promotion to any post in any class, category or grade in the service unless he possessed the qualification as laid down in Schedule II of the Rules.

Later in 2014 via Government Order No.75-SKIMS of 2014, sanction was accorded to the modification of recruitment rules for various categories of staff working in the Institute. Regarding the post of Senior Staff Nurse, the afore-stated Government Order stated that post is to be filled up 100% by promotion from Staff Nurses possessing B.Sc. Nursing or M.Sc. Nursing degrees.

Aggrieved by the prescription of minimum qualification of B.Sc. Nursing provided for promotion to the post of Sr. Staff Nurse, the petitioners challenged the same on the ground that the classification made by the respondents between a Staff Nurse possessing three years Diploma in General Nursing and Midwifery and a Staff Nurse possessing the qualification of B.Sc. Nursing, violates Arts. 14 and 16 of the Constitution and therefore the same is not permissible.

Contentions: The petitioners contended that for about 27 years, they entertained a legitimate expectation that they would be promoted to the post of Sr. Staff Nurse in due course but, because of the impugned Government Order, laying down a modified criteria for the post of Sr. Staff Nurse, the petitioners have been deprived of their right to promotion for all times to come.

Per contra, the respondents relied on State of J&K v. Triloki Nath Khosa, (1974) 1 SCC 19, wherein classification on the basis of higher qualification being permissible under law, was settled by the Supreme Court.

Observations: Perusing the issue raised by the petitioners, the Court observed that the issue is no longer res-integra as the same has been settled by the Supreme Court in plethora of cases. The Court, however, deemed it appropriate to reiterate the interpretation of Arts. 14 and 16 as laid down by the Supreme Court from time to time-

Decision: With the afore-stated observations, the Court dismissed the petitions and held that prescription of higher qualification like the qualification of B.Sc. Nursing/M.Sc. Nursing for promotion to the post of Senior Staff Nurse, is essential for efficient discharge of duties of a higher post. Thus, the respondents can surely prescribe higher technical qualification for the purpose of promotion.

Arif Sikandar, Advocate, for the Petitioners;

M. A. Chashoo, AAG, Advocate, for the Respondents. 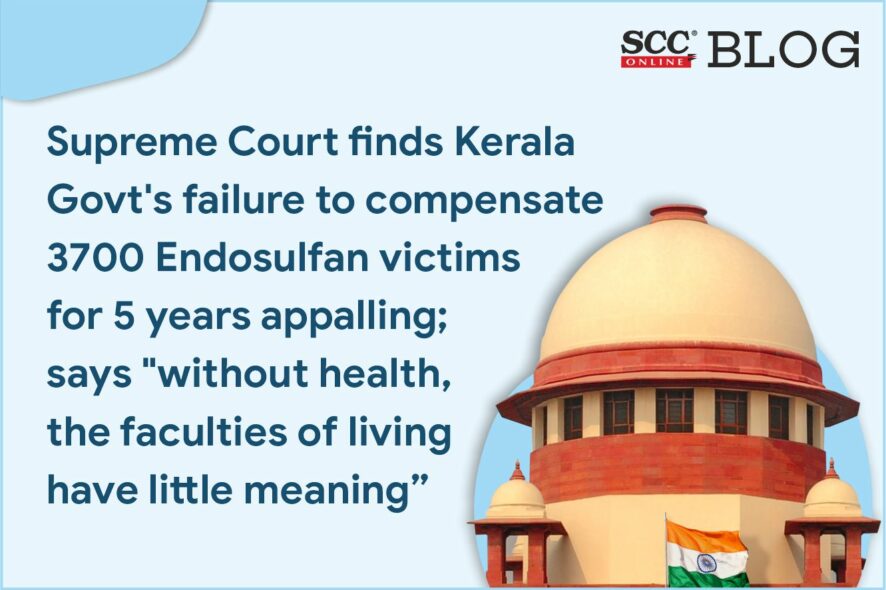 Supreme Court: In the issue relating to the use of a toxic pesticide called Endosulfan leading to a spread of mental and physical ailments among residents of Kasargod district in Kerala, the bench of Dr. DY Chandrachud* and Surya Kant, JJ has held that the inordinate delay by the State Government in compensating the persons affected by the use of Endosulfan not only reflects its failure to comply with the Court’s order but also further compounds the violation of the fundamental rights of such persons.

“The failure to redress the infringement of their fundamental rights becomes more egregious with each passing day.”

In the case at hand, a contempt petition was instituted by the residents of Kasargod district in Kerala as the State Government failed to compensate the affected residents. It was argued that the petitioners are yet to be compensated and the medical facilities have not been improved because of which the affected persons in Kasargod District are compelled to travel to Trivandrum, about 600 kms away for their treatment.

The State Government has, on 15 January 2022, issued a GO to authorize the disbursal of an additional amount of Rs 200 crores for providing compensation to the victims of Endosulfan. However, as of date, an amount of Rs 5 lakhs has been disbursed only to eight persons who are the petitioners who have moved these contempt proceedings.

The Court observed that the Government of Kerala has done virtually nothing for five years. Besides the fact that the delay is appalling, the inaction is in breach of the orders of the court.

The Court also failed to understand the logic or the rationale of the State Government in disbursing compensation only to those who have the ability to move the Supreme Court.

“The right to health is an integral part of the right to life under Article 21 of the Constitution. Without health, the faculties of living have little meaning.”

Stating that it would be justified in taking recourse to the coercive arm of law, the Court confined itself to providing immediate relief and rehabilitation to the victims who are suffering and issued the following directions: 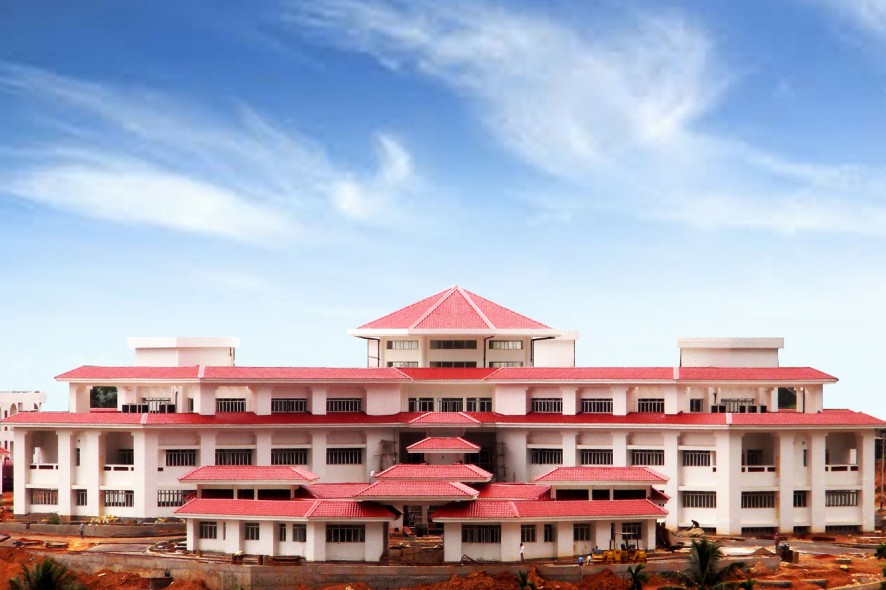 Tripura High Court: The Division Bench of Akil Kureshi, CJ. and S. Talapatra, J., perused the latest affidavit filed by the State dated 16-05-2021 in which had several details particularly concerning the preparedness of the State-administration to deal with emerging Covid related situation.

The affidavit contained availability of Covid beds in different hospitals with continuous oxygen supply and other support systems. It was stated that in addition to the existing hospital beds with pipelined oxygen supply, 150 hospital beds which currently have oxygen cylinders as well as oxygen concentrators, shall be covered with oxygen supply through pipeline within a period of two weeks from today. State assured that this quantity was more than sufficient to cover not only the current requirement but any possible foreseeable future requirements. The affidavit further provided details of the vaccination progress in the State giving category-wise such as, coverage of first and second doses to healthcare workers, frontline workers, citizens over 60 years, those in the age group of 45 to 59 years etc.

The Court noted the details provided by the State administration and brought the attention of the administration towards two main aspects which required immediate action which were the high infection cases in State-run orphanages and jails. The Court requested the administration to ensure maximum possible testing of these children, further in the case of jail inmates the State which has restricted the movement of a citizen, of course by authority of law, has the onus to ensure that his health is not jeopardized on account of being kept confined. The Court further brought notice of the State-administration towards the requirement of round the clock helpline which is efficient, functional and provides all necessary information and support to the relatives of the patients who are in need.

The Court listed the matter on 24-05-2021 with a devised plan in relation to abovementioned concerns.

The Union Cabinet has given its ex-post-facto approval on the Memorandum of Cooperation (MoC) between Department of Health & Family Welfare (DOHFW), Government of India and Bill & Melinda Gates Foundation (BMGF) on cooperation in the field of Health signed in November 2019 during the visit of Mr Bill Gates, Co-Chair and Trustee of BMGF to Delhi.

The Memorandum of Cooperation (MoC) covers the following areas of cooperation:-

a) To reduce maternal, neonatal and child morbidity and mortality, improve key nutrition outcomes, by improving the reach, coverage and quality of essential primary health, immunization and nutrition services.

b) To increase the basket of choice and quality for family planning methods, specially for reversible methods, and increase access amongst younger women.

A Program Action Committee (PAC) will be set up to further elaborate the details of cooperation and to oversee the implementation of this Memorandum of Cooperation.

Supreme Court: In the matter relating to problems faced by the people of Delhi due to dengue and chikungunya, the Lt. Governor, after convening a meeting on 05.10.2016, will convene another meeting today at 5:30 and the following points will be discussed by the partcipants:

Stating that the efforts by the participants should be consultative, collaborative and cooperative, the bench said that they should keep the interests of the people of Delhi in mind and look out at the entire exercise in a positive manner and think about the future rather than the past. The Court asked the participants to arrive at a time-frame within which all necessary steps will be taken and who will be responsible for their implementation.

Supreme Court: With the intent to resolve issues relating to the better management of the problems faced by the people of Delhi due to dengue and chikungunya for the general interest of the people of Delhi, the Bench of Madan B. Lokur and L. Nageswara Rao, JJ said that it would be appropriate if a meeting is convened by the Lieutenant Governor on 05.10.2016 at 2.00 pm. 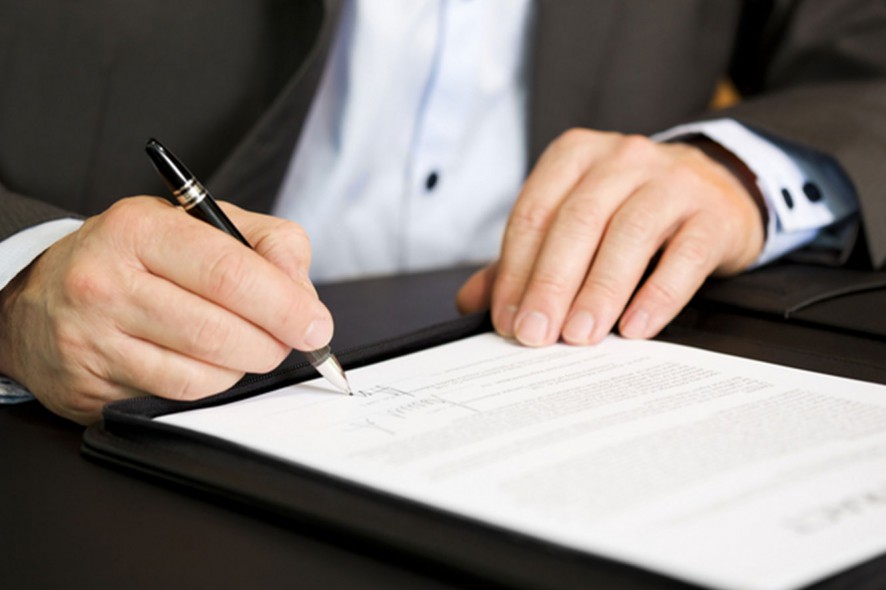 The MoU aims at establishing framework for facilitating participation of Qatari institutional investors in Infrastructure projects in India under NIIF.

This agreement promotes cooperation and mutual assistance between the two countries on matters pertaining to customs administration through exchange of information and intelligence.

This MoU aims to enhance cooperation between the two countries on skill development and mutual recognition of qualifications to facilitate mobility of skilled workers from India to Qatar.

The MoU aims at bilateral cooperation in the field of planning and developing of tourism, through marketing and promotion as also to support cooperation between private sector stakeholders.

As a follow up to the existing MoU in the field of Youth and Sports, the first Executive Programme provides for exchanges and cooperation in sports activities, training camps for sports teams and exchange visits of leaders and officials etc between the two countries.

Supreme Court: While hearing a petition with respect to the hardship which the people living in Delhi undergo having regard to the high of pollution in the city, T.S Thakur, CJI. , A.K. Sikri and R. Banumathi, JJ. directed various measures to be undertaken by the Government  and local bodies concerned.

Noted Counsel Harish Salve appearing as amicus argued on various issues including maintenance of high pollution levels inspite of imposition of Environment Compensation Charge (ECC) and diversion of commercial vehicles/trucks to alternates routes, moving of taxis like OLA and UBER to CNG, banning registration of SUVs and private cars of the capacity of 2000 cc, introduction of vacuum cleaners to prevent dust on the roads and proper disposal of solid wastes.

In lieu of consensus between the two parties on the aforementioned issues, the Court issued suitable directions and for other issues which were not heard, the Court has adjourned the matter to 5th January 2016. [M.C. Mehta V. Union of India, 2015 SCC OnLine SC 1327, decided on December 16, 2015]