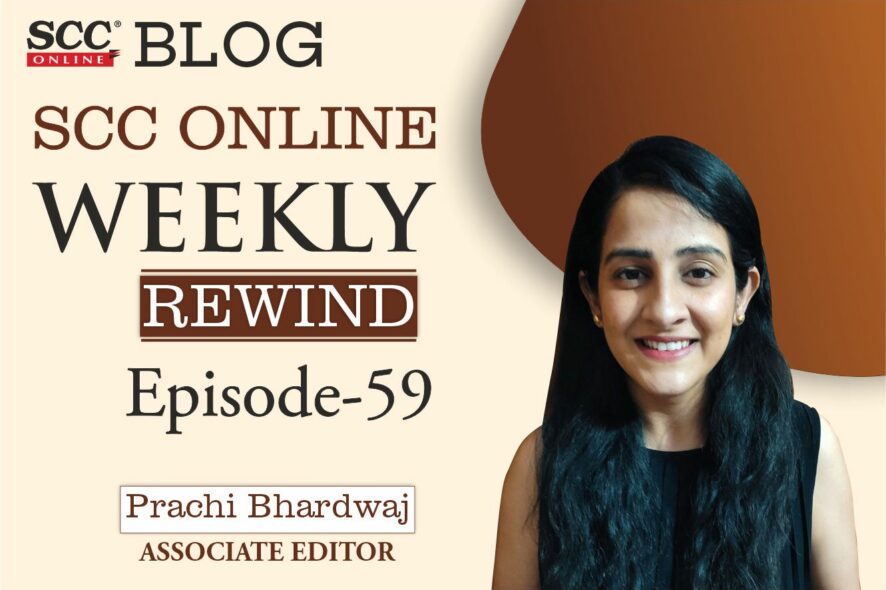 Anganwadi Workers/Helpers entitled to payment of gratuity; ‘Time to take serious note of their plight’

In a relief to the Anganwadi workers and helpers working tirelessly at the grassroot level, the Supreme Court has held that the Anganwadi Workers and Helpers are employed by the State Government for wages in the establishments to which the Gratuity Act applies, hence, they are entitled to payment of Gratuity.

The Court also observed that the Anganwadi Workers/Helpers have been entrusted with the important tasks of providing food security to children in the age group of 6 months to 6 years, pregnant women as well as lactating mothers, apart from rendering pre-school education. And for all this, they are being paid very meagre remuneration and paltry benefits.

Therefore, it is high time that the Central Government and State Governments take serious note of the plight of Anganwadi Workers/Helpers who are expected to render such important services to the society.

Producing false/fake certificate is a grave misconduct; Dismissal of service justified in such cases

In a case where an employee had produced a fake certificate for seeking employment, the Supreme Court has held that producing the false/fake certificate is a grave misconduct and dismissal of service is a justified punishment in such cases.

In the case at hand, while the disciplinary authority had imposed a punishment of dismissal from service on the delinquent, the Bombay High Court had directed reinstatement of the respondent without any back wages and other benefits.

The Supreme Court, however, agreed with the disciplinary authority’s decision and observed:

“The question is one of a TRUST. How can an employee who has produced a fake and forged marksheet/certificate, that too, at the initial stage of appointment be trusted by the employer? Whether such a certificate was material or not and/or had any bearing on the employment or not is immaterial. The question is not of having an intention or mens rea. The question is producing the fake/forged certificate.”

‘Can’t allow mass absorption of over 11,000 workers based on a flawed Report’. SC forms new Committee to put an end to the long drawn LIC versus temporary employees’ battle

In a long drawn battle between Life Insurance Corporation of India (LIC) and its temporary/badli/part-time employees over claim for absorption, a 3-judge bench of Supreme Court has appointed a two-member committee to carry out fresh verification of the claims of workers who were working between 20 May 1985 and 4 March 1991 and who claim to have been employed for at least 70 days in Class IV posts over a period of three years or 85 days in Class III posts over a period of two years shall be carried out.

Finding the report of the previous committee faulty, the Supreme Court observed,

“A public employer such as LIC cannot be directed to carry out a mass absorption of over 11,000 workers on such flawed premises without following a recruitment process which is consistent with the principles of equality of opportunity governed by Articles 14 and 16 of the Constitution. Such an absorption would provide the very back-door entry, which negates the principle of equal opportunity and fairness in public employment.”

Read all about the newly formed committee and its tasks and timelines on the SCC Online Blog.

Stating that two-finger test cannot be permitted to be continued, the Division Bench of Madras High Court directed the State Government to ban the practice of two-finger test on victims of sexual offences by the medical professionals.

Bombay High Court| Advocate to maintain dignity & decorum of Court, no room for arrogance and no license to intimidate Court

In a matter wherein an Advocate alleged that the Court was giving priority to certain matters and to certain advocates, the Court observed that an advocate as an Officer of the Court is under an obligation to maintain the dignity and decorum of the Court. There is no room for arrogance and there is no license to intimidate the Court, make reckless accusations and allegations against a Judge and pollute the very fountain of justice.

Bench also expressed that, “It has to be borne in mind that casting scurrilous aspersions not only has the inevitable effect of undermining the confidence of the public in the judiciary but also has the tendency to interfere with the administration of justice.”

Stating that, “Great power comes with greater responsibility”, the Division Bench of Bombay HC expressed that, the expectation of responsible behaviour or responsible conduct from those persons who are active in public life cannot be an extra expectation but would be a basic one.

High Court stated that the declaration of the petitioners that they would recite religious verses either in the personal residence of another person or even at a public place is firstly,  encroachment upon another person’s personal liberty and secondly, if a declaration is made with particular religious verses would be recited on the public street, the State government is justified in carrying an apprehension that such act would result in disturbance of law and Order.

Delhi High Court| Whether absence of rule of law or utter disregard for the same propels a country towards inevitable ruin?

Expressing that, attempts to circumvent or undermine judicial decisions need to be viewed seriously in order to ensure that the functioning of our country is unhindered, especially during turbulent times, Delhi High Court held that,

With regard to contempt, the Court observed that,

The International Financial Services Centres Authority (IFSCA) has issued a detailed “Framework for FinTech Entity in the IFSCs” in order to develop and regulate financial products, financial services and financial institutions in the International Financial Services Centres (IFSC) and to encourage promotion of financial technologies (‘FinTech’) across the spectrum of banking, insurance, securities, and fund management in IFS.

The amendment modifies Regulation 8 dealing with Procedure and grant of certificate and inserts clause (7) to provide that a custodian holding a certificate of registration as on the date of commencement of the Securities and Exchange Board of India (Custodian) (Amendment) Regulations, 2022, may provide custodial services in respect of silver or silver related instruments held by a mutual fund only after taking prior approval of the Board.

On April 21, 2022, the Central Board of Direct Taxes (CBDT) has issued the Income-tax (Ninth Amendment) Rules, 2022 to amend Income-tax Rules, 1962 and introduces Conditions for furnishing return of income by persons referred in section 139 (1) of the Act.