Jammu and Kashmir High Court: Dismissing a writ petition filed by the kin of former Chief Minister Farooq Abdullah, a bench comprising of Ali Mohammad Magrey, J. declined to intervene stating that the petitioner’s plea involved disputed questions of fact and therefore the High Court was not the appropriate forum to approach the court by way of a writ petition.

The Court proceeded to observe that in writ proceedings, a fact is to be supported and proved by authentic documentary evidence and that a Writ Court is neither to hold an enquiry into the allegations made in a petition nor take oral evidence.

The Court further observed that once facts are disputed, the writ petition is rendered not maintainable. In such circumstances, the only option available to a Writ Court was to dismiss the writ petition, leaving the party concerned free to take recourse to appropriate remedy. [Muzaffar Ahmad Shah v. State of Jammu and Kashmir, Criminal Writ Petition No. 444 of 2019, decided on 05-11- 2019] 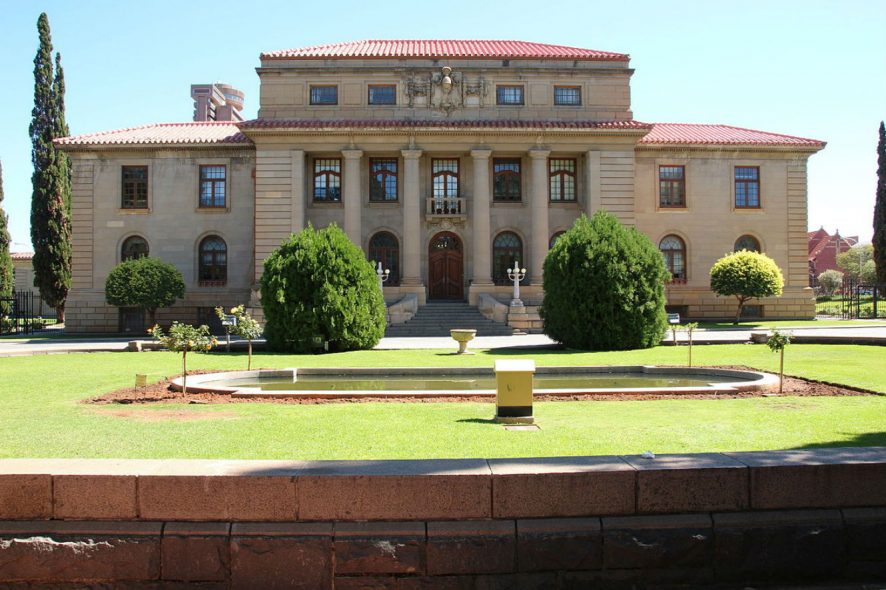 South Africa High Court, Free State Division, Bloemfontein: V.M. Morobane, AJ. referred the application to trial as the facts were not capable of being resolved.

The facts stated by both the parties on affidavits were in dispute. The respondent stated that he is the owner of the vehicles and the operating licenses. The applicant sought an order to compel the respondent to transfer documents to his name. The respondent against the relief sought, filed an affidavit six days late for which he applied for condonation of delay.

Counsel for the applicant, N.W. Phalatsi contended that a receiver was appointed to divide the estate between the applicant and his former wife after divorce. The vehicles in question were not disclosed to the receiver. It was submitted that the applicant is a police officer with the South African Police Service and has a running taxi business since 2002. The applicant being a police officer should not have engaged in any business. Therefore, he entered into a verbal agreement with the respondent and made him the full member of the taxi business without making him the owner of the vehicles.

The respondent contended that he is the registered owner of the vehicles and had entered into an agreement for partnership into the business.

The Court observed that both the parties have their own version of the agreement entered into. According to the Plascon-Evans rule, in motion proceedings, if disputed facts arise on the affidavits, a final order can be granted only if the facts admitted of the applicant and statement submitted by the respondent, justify such order. Applying the rule and common-sense approach as laid down in Soffiantini v. Mould, 1956 (4) SA 150 (EDLD) at 154G, the dispute could not be resolved. The Court ordered that the application be referred to trial.[Phelabadane Gert Ledidi v. Joseph Mzonjani Lididi, Case no. 5503 of 2018, decided on 07-03-2019]

The appellant submitted that their claim was admitted by the respondent and the NCLT wrongly relied on other evidence to come to a conclusion that there was an existence of dispute. It was on record that series of emails were exchanged between the parties alleging non-submission of work completion certificate, non-completion of work, amount deductible for lead piping and non-removal of scrap material, and exorbitant tonnage claim made by the appellant contrary to existing industry practices.

The Appellate Tribunal noted that the aforementioned disputes were raised by the respondent much prior to issuance of demand notice by the appellant under Section 8(1). There was nothing on record to suggest any correctional measure taken by the appellant. On the other hand, the respondent pleaded that there was an existence of dispute. It was observed that there were disputed question of facts as to whether, subsequently, the scrap material was removed and exorbitant tonnage claim made by the appellant was corrected. It was held that such disputed questions cannot be determined by NCLT. The Appellate Tribunal, accordingly, upheld the decision of the NCLT not to admit the application under Section 9. The appeal was dismissed holding it to be sans merit. [Laina Power Engineering v. Sokeo Power (P) Ltd.,2018 SCC OnLine NCLAT 414, dated 16-08-2018]