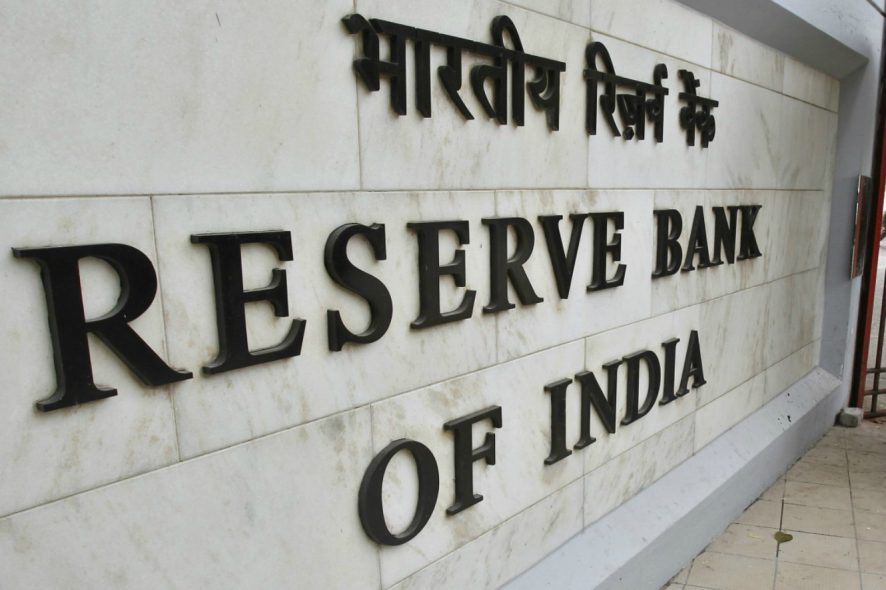 On 01-08-2022, the Reserve Bank of India (‘RBI') issued Master Circular — Credit facilities to Scheduled Castes (‘SC') & Scheduled Tribes (‘ST') to help the SCs/ STs by increasing self-employment, generate income to make themselves self- liquidating and help in easy loan sanctioning.

The Master Circular consolidates the circulars issued by RBI on the subject till date.

The Banks should follow these measures to set up their advances to SCs/STs:

Under these schemes, credit is provided by banks, and subsidies are received through Government agencies where RBI monitors the credit flow.

CEGSSC was launched on 06-05-2015 with the objective of promoting entrepreneurship amongst the Scheduled Castes (SCs), by providing credit enhancement guarantees to Member Lending Institutions (‘MLI'), which extend financial assistance to these entrepreneurs. IFCI Ltd is its Nodal Agency. The amount of guarantee covered under this programme ranges from Rs. 0.15 cr to a maximum of Rs. 5.00 cr. The tenure is up to a maximum of 7 years or repayment period.

Data/Statements on advances has to be reported quarterly and yearly to RBI, Financial Inclusion and Development Department, Statistics Division, Central Office, within 15 days and 1 month, respectively from the date of ending of each quarter and financial year.

Delhi High Court: Chandra Dhari Singh, J., granted bail while referring to a catena of Supreme Court decisions with regard to the law on bail.

An application under Section 439 of the Code of Criminal Procedure, 1973 was filed seeking regular bail in an FIR registered for the offences punishable under Sections 406/420/120B of the Penal Code, 1860.

In 2014, Auto Web approached the complainant at the office of HDFC Bank Limited for the grant of Credit Facilities in the nature of Inventory Funding and Cash Credit Facilities by the complainant. It was represented that Auto Web was the ‘Authorized Dealer’ of Hyundai and engaged in the business of ‘sales’ and ‘service’ of vehicles manufactured by Hyundai since the year 2013.

The stocks of the vehicles (inventory) were the primary security of the complainant, in addition to the cross collateral. Accordingly, from time to time, on the request of Directors, existing facilities were modified/enhances/renewed and other facilities were granted on the basis of the documents. In the balance sheets of Auto-Web, it was shown that the company was generating profits.

As per the last enhancement/renewal, the complainant had sanctioned an amount of Rs 15 Crores towards Inventory funding, Rs 1.50 crores as CC Limit and adhoc limits of Rs 3.50 crore to Auto Web duly utilized said limits sanctioned by the complainant.

Based on the request of the accused persons for disbursal of funds, the complainant used to disburse the amounts directly into the account of manufacturer, whereupon the stocks (cars) got released to the dealer, which stock was hypothecated to the complainant.

Further, in terms of the arrangement between the complainant and Auto Web, proceeds from the sale of the inventory (Cars) were to be credited into the inventory funding account of the dealer for the purposes of repayment of the limits utilized by the dealer.

In 2019, the officials of the Bank noted stress in the accounts of Auto Web and certain gaps in the stock audit report.

After a point of time, the directors of Auto Web failed to regularize the accounts and remained evasive and thereafter started avoiding contact with the bank officials.

In 2020, upon reconciling accounts, it was found that Auto Web utilized a major portion of the credit facilities granted by the complainant towards the purchase of 143 vehicles amounting to Rs 11,40,75,861 from Hyundai.

The Bank found that the vehicles available in stocks was much less than the inventory received from the manufacturer, pursuant to the disbursals made by Complainant. Hence, there was a gap of about Rs 11.45 crores which was not accounted for.

The stock of only 34 Vehicles at 2.35 Crores was found available with accused persons and Vehicles amounting to Rs. 11.45 Crores had been found to been fraudulently misappropriated.

Therefore, the vehicles worth more than 11 crores which were purchased from the funds made available by the complainant had been sold by the accused without crediting the sale proceeds into the inventory funding account of the Bank.

It was clear that the vehicles purchased from the funds of the complainant had been illegally sold without crediting the payments to the complainant and the sale proceeds had been criminally misappropriated.

Accused/borrower illegally removed all the hypothecated vehicles and misappropriated an amount of Rs 13,60,72,600.

The petitioner/applicant was arrested on 5-8-2021, therefore the bail application before the Additional Sessions Judge and the same was dismissed.

In the present matter, the wife of the petitioner/applicant filed an affidavit in pursuance of the order of this Court and disclosed the mode of repayment to the financial institutions at his place/address of residence once he was enlarged on bail.

The investigation had been completed, charge sheet had been filed and the petitioner languished in jail since 5-8-2021.

All the incriminating evidences/materials against the Petitioner/Applicant were documentary in nature and had already been seized by the investigating agency. As per the statutory provisions, the maximum sentence for the offence punishable under Section 420 of the IPC was upto seven years.

Supreme Court in Joginder Kumar v. State of U.P., (1994) 4 SCC 260, had dealt with the contours of Article 21 of the Constitution of India with regard to the arrest of an accused to the effect that the power to arrest cannot be exercised in isolation, and that it must have justification for the exercise of such power, as no arrest can be made in a routine manner on a mere allegation of commission of an offence made against a person, without reasonable satisfaction reached after some investigation as to the genuineness and bonafides of a complaint and a reasonable belief qua the person’s complicity and the need to necessitate such arrest.

Further, in Arnab Manoranjan Goswami v. State of Maharashtra, (2021) 2 SCC 427, Supreme Court reiterated the value of the personal liberty enshrined under Article 21 of the Constitution of India. The Supreme Court further emphasized that the basic rule behind bail jurisprudence is “to bail not jail”. The Court went on to observe that it is our earnest hope that our courts will exhibit acute awareness of the need to expand that footprint of liberty and use our approach as a decision-making yardstick for further cases for the grant of bail.

High Court observed that the consequences of pre-trial detention are grave and keeping an under trial in custody would necessarily impact his right to defend himself during the trial in as much as he will be clearly denied the right to a fair trial, which was guaranteed under Article 21 of the Constitution.

The fraudulent and dishonest intention should be present since inception for an offence of Cheating.

In the present case, a non-payment of miniscule amount in comparison to the huge amounts paid over the years had been deliberately given a criminal colour.

Further, it was stated that since the investigation was complete, there was no apprehension of tampering with any documents, influencing witnesses or absconding from the trial. Hence, Court satisfied the triple test laid down by the Supreme Court in P. Chidambaram v. Directorate of Enforcement, (2020) 13 SCC 791.

Bench noted that it was an admitted fact that the evidence to be adduced in the instant case was substantially documentary in nature, which were already in the custody of the Investigation Agency. The petitioner had been languishing in jail for more than five months.

High Court opined that the petitioner should be enlarged on bail.

The Bench held that,

Let the petitioner be released on regular bail pending trial on his furnishing of personal bond in the sum of Rs. 1,00,000/- (Rupees One Lacs only) with two solvent sureties of like amount to the satisfaction of the Trial Court, subject to the further conditions as follows:-

(a) he shall surrender his passport, if any, to the Investigating Officer and shall under no circumstances leave India without prior permission of the Trial Court;

(b) he shall cooperate in the trial and appear before the Trial Court of the case as and when required;

(c) he shall not directly or indirectly make any inducement, threat or promise to any person acquainted with the facts of the case;

(d) he shall provide his mobile number(s) and keep it operational at all times;

(e) he shall drop a PIN on the Google map to ensure that his location is available to the Investigating Officer;

(f) he shall commit no offence whatsoever during the period he is on bail;

(g) In case of change of residential address and/or mobile number, the same shall be intimated to the Investigating Officer/Court concerned by way of an affidavit.

Jharkhand High Court: Sujit Narayan Prasad, J., dismissed the writ petition as a writ petition after issuance of notice under Section 13 (4) of the SARFAESI Act, 2002 is not to be entertained.

The brief facts of the case of the petitioner is that the petitioner has extended with the credit facilities of an amount of Rs 80 Lakhs, a cash credit of Rs 70 Lakhs and a bank guarantee facility of Rs 10 Lakhs. The said account having been declared to be a non-performing asset, therefore, a proceeding has been initiated by issuing a notice under Section 13(2) of the SARFAESI Act, 2002, subsequent thereto, a notice under Section 13(4) of the SARFAESI Act, has also been issued. In course of that stage, the respondent-Bank has entered into a settlement under One Time Settlement Scheme by settling the account. The petitioner after entering into the settlement had started making a payment but the terms and conditions of the One Time Settlement were not been complied with, therefore, the One Time Settlement Scheme was cancelled by the impugned order, against which, the present writ petition has been filed by the petitioner.

The Counsel for the petitioner relied upon the judgement of A-One Mega Mart (P) Ltd. v. HDFC Bank, 2012 SCC OnLine P&H 17328, and submitted that the writ petition may be entertained and appropriate direction by quashing the One Time Settlement may be issued.

The Court held that the there is no absolute bar in entertaining the writ petition under Article 226 of the Constitution of India but simultaneously in numerous judgements of the Supreme Court it has been laid down that a writ petition after issuance of notice under Section 13(4) of the Act, 2002 is not to be entertained. In this regard, reliance was placed upon the judgement of State Bank of Travancore v. Mathew K.C., (2018) 3 SCC 85. On the basis of views expressed by the Supreme Court, this Court is of the view that this writ petition is not fit to be entertained, accordingly, dismissed.[Ace Sales & Logistics v. H.D.F.C. Bank Ltd.,  2019 SCC OnLine Jhar 1136, decided on 20-08-2019]