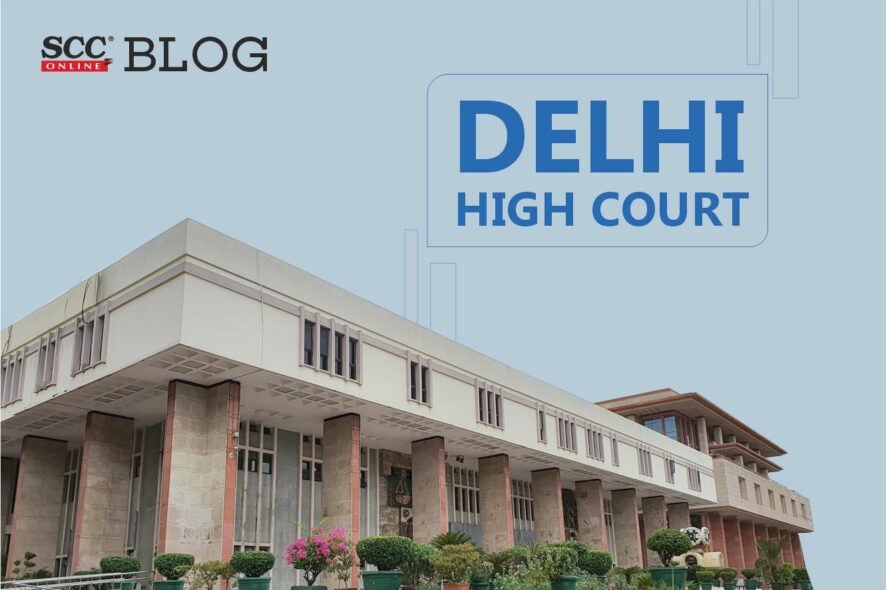 Delhi High Court: In a petition filed challenging the vires of Rule 14 of Building & Other Construction Workers Welfare Cess Rules, 1998 (Rules, 1998), a Division Bench of Rajiv Shakdher and Tara Vitasta Ganju, JJ., held that that Rule 14(2)(b) of 1998 Rules is clearly beyond the powers of rule-making authority and must be struck down.

The petitioner is a Public Sector Undertaking (PSU) who has been imposed and called upon to pay the entire amount, Rs. 9,13,77,520/- which is inclusive of cess, penalties and interest, by the Assessing Authority via an order dated 07-03-2012, thus, show cause notice dated 13-02-2012 was issued. Aggrieved, the petitioner preferred an appeal and while preferring the same, did not deposit any of the amounts and thus, the appeal was dismissed by the Appellate Authority for non-compliance of the provisions of Rule 14(2) of 1998 Rules.

The core issue under consideration was whether the petitioner could have been called upon to pay 100% of cess, penalty and interest, for progressing its appeal, which was filed before the Appellate Authority?

The Court remarked that the rationale provided in the said order was that in case the petitioner was to succeed, the amounts, if any, deposited towards cess, penalties and interest, would be returned to it.

The Court further noted that on analyzing the width and scope of Section 11 of 1996 Act and making a careful perusal of the said sub-section, it becomes clear, that an appeal can be preferred under sub-section (1) of Section 11, in the form and manner prescribed only if it is accompanied by stipulated “fees” and the prescription, made in that behalf, is incorporated in Rule 14 of 1998 Rules.

Placing reliance on Additional District Magistrate (Rev.) Delhi Admn. v. Siri Ram, (2000) 5 SCC 451, wherein it was observed that “it is a well-recognized principle of interpretation of a statute that conferment of rule-making power by an Act does not enable the rule-making authority to make a rule which travels beyond the scope of the enabling Act, or which is inconsistent therewith or repugnant thereto. From the above discussion, we have no hesitation to hold that by amending the Rules and Form P-5, the rule-making authority has exceeded the power conferred on it by the Land Reforms Act.”

Present petition was filed to seek the implementation of Inter-State Migrant Workmen (Regulation of Employment and Conditions of Service) Act, 1979.

GNCTD pursuant to the last order of the Court placed on record an affidavit stating that as far as the the 1979 Act is concerned, there are no registered contractors under the said Act.

In so far as the registration of Migrant Workers under the Building and Other Construction Workers (Regulation of Employment and Conditions of Service) Act, 1996, GNCTD had disclosed that there are various schemes which are available for construction workers.

Further it has been submitted that the registered workers under the above act have been disbursed financial assistance.

GNCTD also informed the Court that the Shramik helpline was made operational during the lockdown period to assist the migrants.

Thus, in view of the above Court stated that,

“… there is a dire need for creating a mechanism for registration of migrant workers.”

Court directed Union of India to file an affidavit in terms of the the kind of portal which is sought to be created, for the registration of migrant labour across the country. Such a portal ought to have on board all the state governments so that the ingress and egress of migrant labour is duly recorded and reported.

“Construction workers do not assist only in building infrastructure, but they also assist in building the nation, in their own small way.”

After it was brought to the notice of the bench of Madan B. Lokur and Deepak Gupta, JJ that under the Building and Other Construction Workers‘ Welfare Cess Act, 1996, more than Rs. 37,400 crores have been collected for the benefit of construction workers, but only about Rs. 9500 crores have been utilized ostensibly for their benefit, the Bench issued various directions after stating:

“No State Government and no Union Territory Administration (UTA) seems willing to fully adhere to and abide by (or is perhaps even capable of fully adhering to and abiding by) two  laws solemnly enacted by Parliament, namely, the Building and Other Construction Workers (Regulation of Employment and Conditions of Service) Act, 1996 (the BOCW Act) and the Building and Other Construction Workers‘ Welfare Cess Act, 1996 (the Cess Act).”

The Court, hence, asked the Ministry of Labour and Employment, the State Governments and the UTAs to:

The Court also issued certain general directions for the implementation of the BOCW Act:

The Court asked the Union of India to take a decision on the management of the cess already collected. Noticing that the benefits and entitlements that have accrued to the construction workers cannot be passed on to them due to the passage of time, with the whereabouts of some of them not known. Accordingly, a decision will have to be taken by the Union of India on the gainful utilization of the cess already collected so that the Welfare Boards are not unjustly enriched – the beneficiaries having unfortunately lost out. [National Campaign Committee for Central Legislation on Construction Labour v. Union of India, 2018 SCC OnLine SC 236, decided on 19.03.2018]