Supreme Court: In 2018, a 5-Judge Constitution Bench comprising of Dipak Misra, C.J. A.K Sikri, D.Y Chandrachud, Ashok Bhushan and A.M Khanwilkar, JJ. unanimously held that the right to die with dignity is a fundamental right. While Dipak Misra, CJ. wrote the opinion for himself and A.M Khanwilkar, J., DY Chandrachud, Ashok Bhushan and AK Sikri, JJ. wrote separate, but concurring opinions. In 2019, the Indian Society for Critical Care filed a miscellaneous application requesting a 5-Judge Constitution Bench to modify some of the guidelines prescribed in the 2018 Judgment, while claiming that the procedure for terminally ill patients to exercise their right to die is very inconvenient and requires simplification.

In 2023, a 5-Judge Constitution Bench of K.M Joseph, Ajay Rastogi, Aniruddha Bose, Hrishikesh Roy, CT Ravikumar, JJ. commenced with the hearing of the miscellaneous application seeking modification of the guidelines for living will/advance medical directive that was issued in Common Cause v. Union of India, (2018) 5 SCC 1.

In 2005, this petition was filed by common cause (registered society) under Article 32 of the Constitution, praying to:

In 2014, a 3-Judge Bench of the Supreme Court comprising of P. Sathasivan CJ, Ranjan Gogoi and Shiva Kirti Singh JJ. had referred the matter to a larger bench, to settle the issue considering inconsistent opinions in Aruna Ramachandra Shanbaug v. Union of India, (2011) 4 SCC 454 and Gian Kaur v. State of Punjab (1996).

In 2018, the 5-Judge Bench had laid down the principles relating to the procedure for execution of advance directive and provided the guidelines to give effect to passive euthanasia in both circumstances, namely, where there are advance directives and where there are none, in exercise of the power under Article 142 of the Constitution and the law stated in Vishaka v. State of Rajasthan, (1997) 6 SCC 241. Further, it said that the directive and guidelines shall remain in force till Parliament brings legislation in the field.

The current petition prays for the modifications of some of the guidelines prescribed in the 2018 Judgment, claiming that the procedure for terminally ill patients to exercise their right to die is very inconvenient and requires simplification.

During the hearing, Senior Advocate Arvind Datar explained the disadvantages in implementing the living will. He said that there needs to be some safety during the recording of the advance medical directives, as they can be manipulated.

Further, he reiterated these answered questions from the 2018 judgment, and said that there should be some safeguards regarding this:

He further said that the living will has to be signed by the executor in the presence of two attesting witnesses and countersigned by jurisdictional Judicial Magistrate of first class. Now, if the executor of the will is admitted in a hospital and the doctors certified that there is no hope for recovery, as per the guidelines, the matter must be, then, sent to the Collector, who would constitute another board of doctors who will give second opinion. Thereafter, the magistrate must personally go to the hospital and authenticate the document. Because of cumbersome procedures, these guidelines were never followed, as persons were refused from making an advanced directive, as they were told they must follow all the internal procedures. He also informed the Court regarding the concept of “futility of treatment” referred by the Indian Council of Medical Research that means even if treatment is possible, it must be worth it.

He also quoted Black’s Law Dictionary and defined advanced directive as a legal document explaining ones wishes, about medical treatment, if one becomes incompetent or unable to communicate. Further, defined legal will as a document prescribing a person’s wishes regarding the medical treatment a person wants, if he was unable to share his views with the health care provider. He also defined medical power of attorney as a document that allows an individual to appoint a trusted person, agent to take health care decision, if the principal is not able to take that decision.

Advocate Prashant Bhushan had also informed the Court, that the procedure is so immense that since the 2018 judgment that was passed almost 5 years back, not a single case of advance medical directive has been witnessed. He said that it is very well settled that everybody who is in his right mind has an indefeasible right to refuse any treatment and he cannot be forced to take any treatment. However, the question here is that, if that person is unconscious and incapable of executing his will, that whether he wants to be put on a ventilator or not, then if such a person in advance directive saying, I don’t want to be put on a ventilator and he signs that declaration and gives it to hospital, then this advance directive will even override the right of the next of kin, as he has the indefeasible right to decide that what should be done with him. Nobody, not even his next of kin, can force him to be put on the ventilator.

The problem is that, in 2018 judgment, the Court while giving legal status to this advance directive, said that it should be honored, but it has put many cumbersome restrictions as to how that law has to be executed, which are unnecessary. Further, he said that we are now dealing with a very peculiar and narrow area, when I am not in that state of mind to take that decision, my wishes must override the wishes of my primary care givers or override the obligation of the hospital. No one can override that, if it is clear that it is the person’s expressed wish.

There were discussions relating to the qualifications of the medical board, Review Board, inclusion of the word “vegetative” in the directions etc.

The Court added to this and said that the person should be a terminally ill patient. Further, it said that all that we can do is to make the guidelines workable, we can fill the vacuum, nothing else, we can’t go beyond the safeguards already given.

The Court said that it would be in the interest of all, if the Government and the applicant came up with a joint proposal for modifications. Further, advised the parties to prepare a common chart in this respect.

On 24-01-2023, during the hearing, Senior Advocate Arvind Datar submitted that once the Primary Medical Board doesn’t agree for withdrawing the life support, they have to refer to the Review Board. Primary Medical board and the Review Board have to decide within 48 hours each, thus, he suggested that the boards don’t need 48 hours to make up their mind, and 24 hours is enough time. The Court said that 48 hours is reasonable, but not more than 48 hours. The Court enquired from where these 48 hours will start. To this, Additional Solicitor KM Nataraj said “once the board is constituted” and Arvind Datar submitted that it would be considered from the time the doctors were aware that “the end is inevitable”.

Another problem which was pointed out was the required experience of 20 years for the doctors in the Medical Board. It was suggested to modify the experience to a minimum of 5 years.

Further, Arvind Datar pointed out that another difficulty is that the doctor on the Secondary board is nominated by the Chief Medical Officer (‘CMO’), and this needs modification as it is difficult to locate CMO in larger cities. Senior Advocate Arvind Datar further pointed out the non-requirement of the Review Board, but the Government wanted to retain it.

The Court said that the Constitution Bench, in the backdrop of certain earlier decisions of this Court, has engaged with the questions, whether this Court should issue suitable directions or norms, to provide for what is described as advance directive. The Court was also concerned with the question in the absence of advance directive, when a person is faced with a medical condition with no hope of recovery, and he is continuing on the life support system. The life support system should be withdrawn. The Court went on to delve into the right of a person to die with dignity. Thereafter, this Court proceeded to lay down the directives.

The reason for approaching this Court appears to be that in the actual working of the directions, insurmountable obstacles are being posed. For instance:

This Court has provided that in the case of advance directive devised by a person it will not only be attested in the presence of two independent witnesses, but also it should be countersigned by the Judicial first-class magistrate. This clause has led to the very object of this Court issuing directions being impaired, if not completely defeated.

There are other aspects which have been highlighted in the application, The Government, has opposed the application. The Court said that it had noticed that it is an application seeking clarification, it requires no further consideration, however, in subsequent developments in the form of orders evidencing and an attempt being made by the Government also to evolve certain things, several rounds of discussions has taken place between the officers of the union, which does not include the medical experts’

According to the applicant the difficulties which they have encountered and being spoken of and approved of large number of doctors and it becomes necessary for this Court to revisit the directions, so that this Court puts in place the mechanism which effectively carries out the object of this Court laying down the principles. The Court viewed that the directions require modifications, deletion.

The Court simplified the process to withdraw life support for a terminally ill patient, by allowing a two-tiered process for authorising passive euthanasia.

The new guidelines will remove the difficult three-tiered procedure, where a doctor and the patient’s family had to get a judicial magistrate’s (first class) approval to withdraw life support. A detailed order with specific directions is awaited. 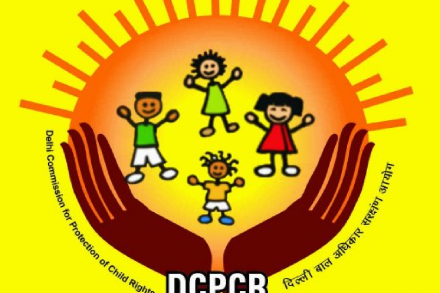