India is celebrating its Republic Day today, commemorating 74 years of the Constitution of India coming into effect. It hardly needs to be reiterated that our nation hard earned its freedom through a lengthy and painful struggle. However, once that independence was achieved, there were numerous herculean tasks awaiting the leaders of the freedom struggle. 200 years of brutal colonial rule and a hellish life under the British regime had impressed upon the leaders the necessity of being governed by its own citizens and heal the wounds of discord and division sown by the Empire. They realised the need to lay down a framework which will act as a beacon for the Government and the citizens; a document which will lay down the rights and responsibilities of the State and the people alike. Thus, the Constitution of India, came into being.

Genesis of the Preamble

A Preamble technically means an introductory part of a Constitution or statute, explain the objectives of the said law1. The Preamble to the Constitution of India reads thusly:

We, the people of India, having solemnly resolved to constitute India into a [sovereign socialist secular democratic republic] and to secure to all its citizens:

Equality of status and of opportunity;

and to promote among them all

Fraternity assuring the dignity of the individual and the [unity and integrity of the Nation];

In our Constituent Assembly this twenty-sixth day of November, 1949, do hereby adopt, enact and give to ourselves this Constitution.

It is clear from the solemn words above as to what was the aim of the supreme law of the land — that is our Constitution; and like law itself, the Preamble is also ripe with history. These precise words of the Preamble were result of many a deliberation by the members of the Constituent Assembly, who discussed and debated as to the words that should best describe the objective of the Constitution they are about to draft.

The foundations of the Preamble’s genesis were laid on 13-12-1946 in the Constitution Hall, New Delhi, wherein under the Chairmanship of Dr Rajendra Prasad, an Objective Resolution regarding “Aims and Objects” was moved by Pandit Jawaharlal Nehru2.

“We have been cutting our way and clearing the ground on which we intend to erect the edifice of a Constitution. It, however, seems proper that before we proceed further, we should clearly understand where we are going and what we intend building. It is apparent that on such occasions details are unnecessary (…) The Resolution that I am placing before you defines our aims, describes an outline of the plan and points the way which we are going to tread.”

In Pandit Nehru’s words lay the very first form of the Preamble as it stands today:

Dr B.R. Ambedkar: “I am quite convinced that given time and circumstances nothing in the world will prevent this country from becoming one. With all our castes and creeds, I have not the slightest hesitation that we shall in some form be a united people.”

M.R. Masani: “I approach this part of the resolution, Sir, as a democratic socialist, a socialist who feels that democracy needs to be extended from the political to the economic and social spheres and that, if socialism does not mean that, then it spite of the fact that neither the word ‘democracy’ nor the word ‘Socialist’ finds a place in its Preamble”.

In Kesavananda Bharati v. State of Kerala5, the Supreme Court stated in clear words that, “the history of the drafting and the ultimate adoption of the Preamble shows6:

(1) That it did not ‘walk before the Constitution’ as is said about the Preamble to the United States Constitution.

(2) That it was adopted last as a part of the Constitution.

(3) That the principles embodied in it were taken mainly from the objective resolution.

(4) The Drafting Committee felt, it should incorporate in it ‘the essential features of the new State.’

(5) That it embodied the fundamental concept of sovereignty being in the people.”

The Objective Resolution of 1946 contained a “firm and solemn resolve” to have a sovereign Indian Republic. Pandit Jawaharlal Nehru stated that:

As time passed and the Constitution drafting process began to reach its final stages, a consensus was established upon the words “sovereign democratic republic”.

So far, the word “secular” was missing during the early discussions on the Preamble, however, in this debate, Brajeshwar Prasad moved the motion to amendment and include the words: “secular, cooperative commonwealth to establish socialist order”. Brajeshwar Prasad also wanted to include “adequate means of livelihood”; “free medical aid”; “free and compulsory education” and “free military training” in his version of the Preamble as well. The motion was however, negatived as well.

Liberty Equality Fraternity- The Objective Resolution presented by Pandit Nehru had urged the members to seek inspiration from the French Revolution and a glimpse of that is reflected in the use of the words “liberté, egalité, fraternité”, which was the slogan9 of the French Revolution. Inclusion of these words were discussed in detail throughout the debates10 and it eventually found its place in the Preamble.

Socialist: Pandit Nehru, while introducing the Objective Resolution in 1946, raised the idea of India being a socialist State, however, he stated that, “Well, I stand for socialism and, I hope, India will stand for socialism and that India will go towards the Constitution of a socialist State (…) but the main thing is that in such a resolution, if in accordance with my own desire, I had put in, that we want a socialist State, we would have put in something which may be agreeable to many and may not be agreeable to some and we wanted this resolution not to be controversial in regard to such matters.”

Maulana Hasrat Mohani in 1949, moved a motion that the Preamble should begin “We, the People of India, having solemnly resolved to constitute India into a Union of Indian Socialistic Republics (UISR).” However, the motion was negatived by the members.

Amendment to the Preamble

Ever since the Constitution was adopted and came into effect, it has been subjected to various amendments (as it was envisioned by the framers given the fact that laws must change according to the needs of the society), however, the Preamble so far had been left unamended. The trajectory of the Preamble’s amendment and its role and place in the Indian Constitution is a connected history involving a tug of war between the legislature and judiciary (and has given sleepless nights to any student of law).

This amendment brought in two changes:

The timeline of Kesavananda Bharati11 verdict and this Amendment seems baffling, however, the Supreme Court in S.R. Bommai v. Union of India12, stated that even though the word “secular” was introduced in 1976, the concept of secularism was very much embedded in the Constitutional philosophy.

Preamble and the Supreme Court

The Identity Battle- Whether a Part or a Basic Structure of the Constitution?

The Supreme Court of India deliberated over several questions surrounding the Preamble. One such early case was Berubari Union (I), In re13, where 8-Judge Bench of the Court deliberated over this presidential reference. The Judges while noting a contention by N.C. Chatterjee stating that Parliament has no power to cede any part of the territory of India in favour of a foreign State either by ordinary legislation or even by the amendment of the Constitution as the Preamble clearly postulates that like the democratic republican form of Government the entire territory of India is beyond the reach of Parliament and cannot be affected either by ordinary legislation or even by constitutional amendment; opined that: “There is no doubt that the declaration made by the people of India in exercise of their sovereign will in the Preamble to the Constitution is, in the words of story, ‘a key to open the mind of the makers’ which may show the general purposes for which they made the several provisions in the Constitution; but nevertheless, the Preamble is not a part of the Constitution.“

One of the significant portions of the verdict was dedicated the Preamble. It was clarified that the Preamble was indeed an important part of the Constitution.

Preamble as the aid

As stated earlier, the Preamble was laid down in order guide the nation towards a better and secure future, it was no wonder that the Supreme Court time and again took inspiration from the principles stated in the Preamble in order to interpret the Constitution.

For instance, right to life as enshrined in Article 21, went through various stages of development and evolution. Recently, K.S. Puttaswamy v. Union of India18, the Supreme Court was aided by the Preamble to include right to privacy as part of Article 21 of the Constitution.

Guided by the principles of equality and fraternity, the Supreme Court in Indra Sawhney v. Union of India19, where the Court stated that inequality ill-favours fraternity and there can be no unity without fraternity. Therefore, other objectives of Preamble cannot be realised without affirmative action to reduce inequality.

The idea of fraternity in the Preamble was invoked by the Supreme Court in Navtej Singh Johar v. Union of India20, wherein the Court observed that the fraternity as envisaged in the Preamble, includes the idea of an inclusive society, which accommodates and embraces plural ways of life and diversity.

In Natural Resources Allocation, In re, Special Reference No. 1 of 201221, the Supreme Court again cited the Preamble while ruling that when to comes to natural resources and its allocation, the State acts as a trustee on behalf of the people.

The Supreme Court in S.R. Bommai v. Union of India22, held that “secularism” as included in the Preamble via 42nd Amendment, forms a part of the basic structure of the Constitution.

The Constitution of India signifies a journey that our nation undertook to throw off the yolk of a turbulent past and it represents our aspirations to strive for a stable present and a secure future. The Preamble to the Constitution is the base upon which the foundations of a republic named India were laid.

The Preamble represents a past from where lessons were learnt; a present where we have a chance to stive for betterment and finally it represents a future where those objectives have been more or less achieved.

It is important to always remember the existence of this part of the Constitution, for it is the beacon guiding us in turbulent waters, giving us hope. 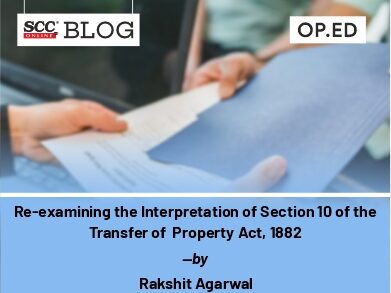 Re-examining the Interpretation of Section 10 of the Transfer of Property Act, 1882

Interplay between Right to Information and Right to Privacy 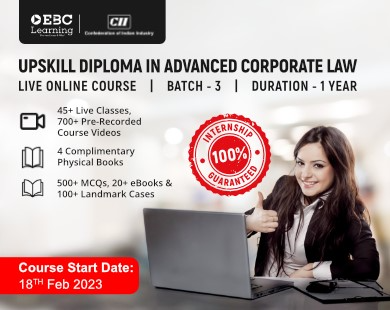 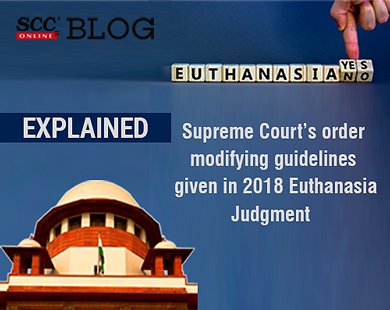