The Tournament got off to a great start with the Opening Ceremony being inaugurated by Vikram Pooserla, Senior Advocate, Tariq Khan, Registrar, IAMC Hyderabad, and the Registrar of the University, Prof. Dr. K Vidyullatha Reddy. The three honourable dignitaries offered valuable words of advice to the teams present, and provided them with encouragement for the upcoming two days of intense competition.

To provide the teams with a holistic experience, the Tournament also saw the conduct of two Workshops, held by PACT, and IAMC. The Workshop held by PACT introduced what Mediation is, and provided teams with preparation, tips, and tricks for a Mediation Tournament. Romit Sarkar, from the team at IAMC held a Workshop titled – “Mainstreaming Mediation – Helping Clients Understand what they need through Litigation Interest and Risk Analysis (LIRA)”, which provided participants valuable insights into Mediation in the real-world context.

The problem for the Tournament, drafted by Kritika Krishnamurthy, Director, Bridge Think Tank, was based on a concept unique in the domestic context, consisting of a single dispute, which evolved progressively through each successive round. This provided teams with a more wholesome, realistic experience of a single dispute being comprehensively resolved till its conclusion.

The Grand Finale consisted of a five-judge bench consisting of reputed dignitaries from India and Nepal, and was as follows:

The Valedictory Ceremony included these leading dignitaries providing the teams with feedback, and enlightening the audience with few pieces of advice.

Hon’ble Justice Anil Sinha commended the organisation of the Tournament, and made a special remark on the representation of women not just across teams in the Tournament, but in the profession of law as well. He also commented how he sees Mediation as the future of dispute resolution, with situations of conflict being ironed out in a more smooth manner through ADR processes.

Hon’ble Justice Naveen Rao commented on how mediation is a solution for pendency in courts, and how NMT as an ADR Tournament provided a good start for young students to consider entering the arena of ADR and Mediation as a full-time profession.

Tariq Khan shared his sentiments regarding the Tournament, and quoted Hon’ble Chief Justice John Roberts, of the US Supreme Court, which resonated with the young audience. He quoted as follows – “From time to time in the years to come, I hope you will be treated unfairly, so that you will come to know the value of justice. I wish you bad luck, again, from time to time so that you will be conscious of the role of chance in life and understand that your success is not completely deserved and that the failure of others is not completely deserved either”.

The Vice Chancellor of the University, Prof. Srikrishna Deva Rao commended the participants for participating in the Tournament, and announced a new beginning for NALSAR, by announcing an MoU between IAMC and NALSAR.

The Valedictory Ceremony included the signing of an MoU between IAMC and NALSAR, witnessed by the Hon’ble bench of the Grand Finale, and Suadat Ahmad Kirmani. The MoU cemented their relationship, and aligned their mutual aspirations of taking mediation, arbitration, and other ADR activities to new heights while involving the brightest young minds from one of the top law universities in the nation.

Overall, the 2nd Edition of the NALSAR Mediation Tournament was very successful, laying the base for such future events at the University, promoting the culture of ADR, and laying a base for young mind not just in India, but around the world as well.

NALSAR | Talk by Prof. Umakanth Varottil on the Stakeholder Responsibility of Corporate Boards 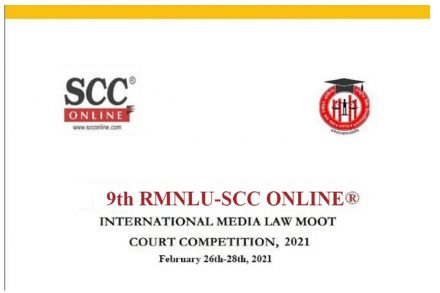