It is often noted that India has a significant number of laws that have arguably not kept pace with the changing times; and yet, India is known to have a more progressive and robust law on maternity benefits than similar laws in some advanced jurisdictions including the United States of America. The Maternity Benefit Act, 1961 (MB Act) requires employers to provide specified period of paid maternity leave in each of the situations of pregnancy, adoption, surrogacy (where the female employee concerned is the commissioning mother), miscarriage, medical termination of pregnancy, tubectomy operation, and any illness arising out of any of the previously mentioned circumstances or conditions. It also mandates employers to provide prescribed medical bonus to women for their pre-natal and post-natal care. From a workplace infrastructure standpoint, employers employing 50 or more employees are required to maintain a creche facility at or within a prescribed distance from the establishment.

Having said the above, employers are often confronted with difficult situations from the standpoint of human resource management and/or business requirements when women claim maternity benefit. In this article, we intend to examine some common challenges faced by private sector employers on matters such as grant or forfeiture of maternity leave, probationary status, promotion, misconduct, and performance vis-à-vis women who are eligible for or in receipt of maternity benefit and share our observations on the jurisprudence and the best practices in this regard.

Understanding the restrictions on work under the law

Quite often, there are situations when employers require the presence of a female employee on account of work exigency during the period of their pregnancy or post-delivery, besides situations where female employees themselves express an interest to work during such period. In such situations, employers must note the embargoes under the MB Act as are applicable to them and such female employees. While the MB Act states that a woman would be entitled to 26 weeks of paid maternity leave overall (unless she has 2 or more surviving children, in which case the leave entitlement is limited to 12 weeks), the restriction regarding work during maternity period is applicable for a limited timeframe, as set out below:

(a) period of 6 weeks immediately pursuant to the date of expected delivery, when there is total embargo against work (embargo period); and

(b) period of one month immediately preceding the period of 6 weeks before the date of expected delivery and/or 6 weeks before the date of expected delivery (restricted period), when there is restriction on doing work which (i) is of an arduous nature; or (ii) involves long hours of standing; or (iii) is likely to interfere with the woman’s pregnancy or the normal development of the fetus or is likely to adversely affect her health (prohibited activity).

In other words, the period when a woman cannot work even on her own volition is the embargo period. This has also been recognised by courts (reference Kerala High Court’s judgment in Tata Tea Ltd. v. Inspector of Plantations1.

Note that, courts have not elaborately discussed as to when an activity can be considered as a prohibited activity. However, few precautions can be taken when women are required to work during the restricted period, as observed below:

(a) The number of daily working hours to be put-in by a woman during the restricted period should be limited and interspersed by breaks of sufficient duration.

(b) The work should not involve heavy lifting.

(c) If the woman is working from office, care should be taken that (i) there is minimal noise in the surrounding workspace; (ii) the woman is not exposed to extreme temperatures; and (iii) the seating area is safe and comfortable. The presence of another woman colleague in the office would be encouraged.

(d) An undertaking should be obtained from the woman that she is working on her own volition and that, she understands the provisions of the MB Act which the employer is complying with.

In our experience, we have observed several employers facing situations where female employees informally notify their reporting managers about their pregnancy without specifically making an application for maternity leave. Situations get complicated when such female employee’s services are sought to be terminated at a later stage, say on account of redundancy of the role against which such employee was employed. The female employee may, at the stage of exit discussions, highlight that she was deprived of a paid maternity leave and may allege that the termination of employment is linked to deprivation of her statutory rights.

To avoid such difficult conversations, it is advisable to sensitise reporting managers and human resources department to document all correspondence with female employees as regards their maternity status. If any female employee has informed them about her pregnancy verbally, they should reach out to the employee via email, thereafter, asking for a clarification whether she intends to avail leave in accordance with the MB Act. This should be supplemented by a robust policy, which guides the female employees on the prescribed form to be submitted under the MB Act for giving notice of maternity leave. Note that, the law clarifies that failure of the female employee to give notice shall not disentitle her to maternity benefit, considering the beneficial nature of the regime.

Extension of probationary period on account of maternity leave, and consequent denial of promotion

Section 12 of the MB Act provides that when a woman absents herself from work in accordance with the provisions of the MB Act, it shall be unlawful for her employer to vary to her disadvantage, any of the conditions of her service, during or on account of such absence. While the expression “conditions of service” is typically construed as referring to any of the promised terms of employment as set out under the employment contract, courts have been more lenient in their interpretation in this regard. In C. Selvi v. Director of Govt. Examination2, the employer had not considered the maternity leave period for declaration of completion of the employee’s probationary period, as the objective of the probationary period was to assess the performance of the employee which would have been difficult if the probationary period had not been extended in proportion to the period of maternity leave taken by the employee. However, because of such extension of probationary period, promotion was denied to the woman. The Madras High Court held the same to be in breach of the spirit of the MB Act, directing the employer to grant promotion to the woman. Notably, promotion within a certain timeframe was not promised to the female employee, and yet, its denial on account of maternity leave was deemed as contravention of Section 12 of the MB Act. While it may be argued that the case pertained to a government servant, the reference to MB Act which applies to private sector employers makes the decision relevant for such employers.

(a) When a woman has proceeded on maternity leave: If a woman has availed maternity leave, it is unlawful for the employer to discharge or dismiss her during or on account of such maternity leave. This assumes relevance not only in cases of individual terminations but also during mass terminations when the employer is, say, contemplating workforce reduction on account of redundancy of a role or a business function. Employers should, therefore, be mindful while planning employee exits and should evaluate whether there would be any impacted employee whose services may have to be retained till the time they complete their maternity leave in accordance with the MB Act.

(b) When a woman has not proceeded on maternity leave: If a woman who is entitled to maternity leave on account of her pregnancy has not proceeded on such leave, the employer may terminate her services but will be required to make payment of maternity benefit for the whole of the period for which she could have availed maternity leave (had her services not been terminated). The only exception to this requirement is dismissal occurring due to the woman’s “gross misconduct”, which has been defined under the MB Act to mean wilful destruction of employer’s goods or property, assaulting a colleague at the place of work, committing theft/fraud/criminal offence involving moral turpitude, or not adhering to the required safety measures. Therefore, for cases of misconduct which do not fall within the abovementioned exception, employers should ensure that payments equivalent to paid maternity leave are not held back during disbursal of full and final dues to the woman.

The jurisprudence on this point is very limited, although the ruling of the Delhi High Court in Kavita Yadav v. Ministry of Health and Family Welfare Department3, assumes relevance. In this case, a woman employee was engaged on a fixed-term contract basis who demanded a maternity leave from her employer. The petitioner was appointed by the respondent for a period of one year which could be extended further up to a maximum period of 3 years until 11-6-2017. On 24-5-2017, the petitioner applied for maternity leave starting from 1-6-2017. However, the respondents communicated to the petitioner that as per the terms and conditions of the offer of appointment, her contract would end on 11-6-2017, which could not be extended further; accordingly, the petitioner was entitled to maternity leave only up to 11-6-2017. The Delhi High Court took the view that where the outer limit of the employee’s contract is stipulated in the appointment letter and the same has not been waived by the employer, the employee cannot insist that her contract be continued beyond the said period to avail the maternity benefit for the period after the expiry of the contractual period. While the facts of this case were clear, there are cases where an employee is seemingly employed on a fixed-term basis, but the contract is repeatedly renewed without a maximum duration enunciated in the contract. In such cases, courts are unlikely to take a favourable view as regards the position of the employer to not grant maternity leave post a certain date (reference Dr Baba Saheb Ambedkar Hospital v. Krati Mehrotra4).

The jurisprudence under MB Act is constantly evolving, and as more judicial decisions are being rendered on the subject, it is increasingly becoming evident that courts are inclined to protect the interests of working women when interpreting the provisions of the statute. Keeping the same in view, it is imperative that employers formulate strong human resource practices and protocols to ensure compliance with MB Act. Cases such as the ones discussed in this article require a cautious and sensitive approach, and any administrative decisions must be taken bearing in mind the legislative intent of the law and overall purpose of ensuring appropriate support to working women at the time them having attained maternity status. 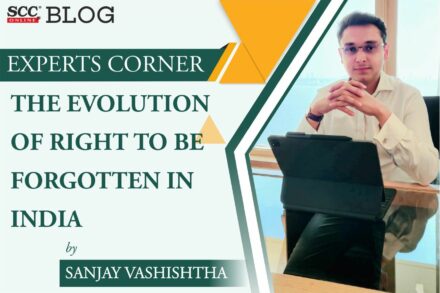 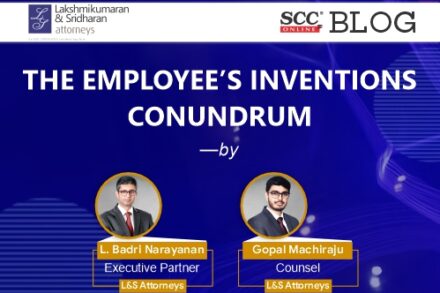 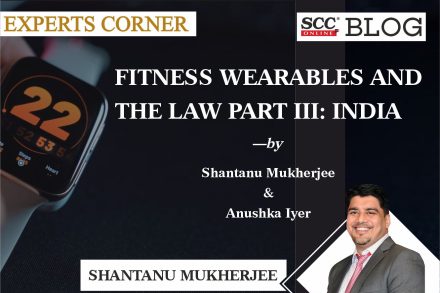