Supreme Court: The bench of MR Shah* and Krishna Murari, JJ has transferred all the FIRs filed against Time Now anchor Navika Kumar in Prophet Remark case to the IFSO Unit of the Delhi Police for the purpose of investigation.

Various FIRs/criminal complaints have been filed against Kumar, along with politician and lawyer Nupur Sharma, in different police stations in different States in relation to the Newshour Debate telecasted on Times Now on 26.05.2022, where some objectionable remarks were made against the Prophet, thereby allegedly hurting religious sentiments.

In August, the Supreme Court had transferred all the FIRs filed against Nupur Sharma to the IFSO Unit of the Delhi Police for the purpose of investigation [N.V. Sharma v. Union of India, 2022 SCC OnLine SC 1003]. Based on this, Kumar had also sought similar relief from the Court as there cannot be two investigating agencies with respect to same FIRs/complaints.

i) all FIRs/complaints to be transferred to the IFSO unit of Delhi Police;

ii) Two FIRs registered by Delhi Police, IFSO Unit are to be treated as lead cases and investigated together along with the other FIRs/complaints, referred to hereinabove, in which Kumar is the co-accused, which are already ordered to be transferred to IFSO unit of Delhi Police;

iii) IFSO unit of Delhi Police shall be at liberty to collect and gather any information from the concerned State agencies, if so required, for the purpose of conducting a thorough investigation and taking it to its logical conclusion;

iv) no coercive action shall be taken against Kumar pursuant to the aforesaid FIRs/complaints and for the FIRs/complaints which may be entertained in future pertaining to the telecast dated 26.05.2022 on Times Now, for a period of eight weeks so as to enable her to approach the concerned Court/Delhi High Court for appropriate relief; and

v) the investigation of any subsequent FIRs/complaints which are registered in future in respect of the same Newshour Debate telecasted on Times Now on 26.05.2022 shall also stand transferred to IFSO unit of Delhi police.

For Union of India, the Government of NCT of Delhi, State of Maharashtra, and Union Territory of Jammu & Kashmir: Tushar Mehta, Solicitor General of India 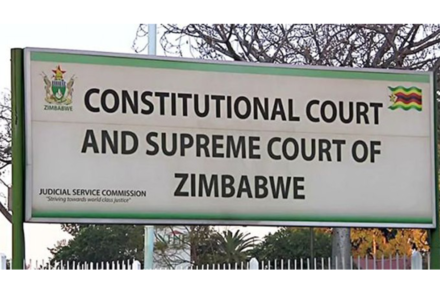 Education policy which compels schoolchildren to recite words “Almighty God, in whose hands our future lies” as part of schools’ national pledge of allegiance, violates children’s Right to Freedom of Religion| Detailed Report

Bom HC | Can Family Court entertain application for reliefs under Ss. 18 to 22 of the Protection of Women from Domestic Violence Act, 2005? HC answers

J&K HC | Is ‘mens rea’ an important component to be proved while addressing issues under S. 138 NI Act? Explained