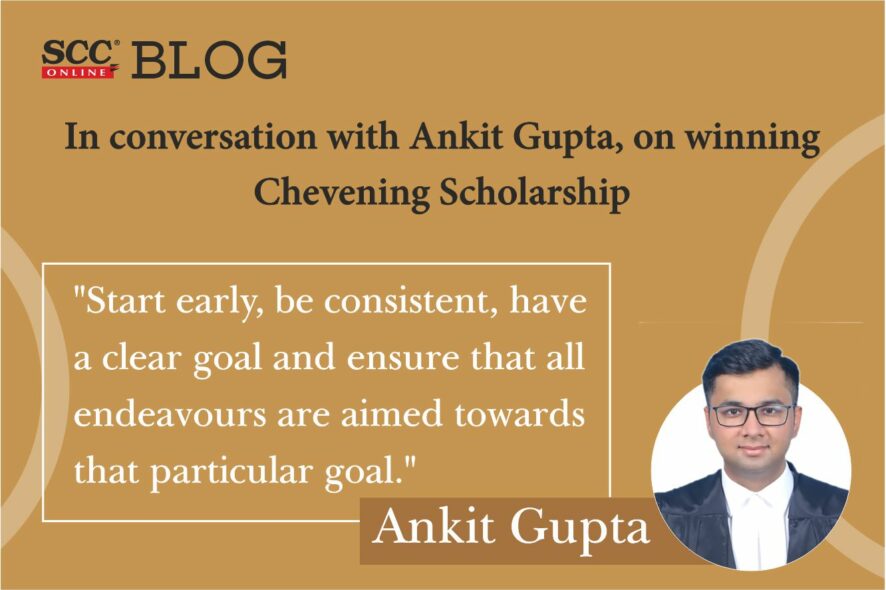 He has been interviewed by Divyansh Moralia, EBC/SCC Online Student Ambassador who is currently pursuing law from NLIU, Bhopal.

1. Please tell us a little about yourself, your current work profile, your work experience, and the kind of responsibilities that you have as an advocate.

I am a first-generation lawyer, currently practising at the Delhi High Court. I primarily deal in areas concerning civil and commercial laws besides criminal trials relating to economic offences. Additionally, I am an empanelled counsel with the Bar Council of Delhi and various legal aid clinics viz. NLUD Legal Aid Clinic, NLIU Legal Aid Clinic, etc. I take up pro bono briefs assigned by these clinics and conduct prosecution before various trial courts and the Delhi High Court.

I have been in the profession for two-and-a-half years now. I joined litigation with Mr Manav Gupta, a leading practitioner at the Delhi High Court, and continue to be associated with his chamber. I recollect my initial days in the profession when I realised that clerking at a chamber is one skill that is the foundation of building an independent practice. I, therefore, dedicated my first six months to frequenting the High Court and other court registries with our clerks, learning the nitty-gritty of filing cases. Thereafter, came the lessons for drafting and much later the opportunity of arguing. However, as I was associated with the legal aid clinic, the opportunity to argue came much early and I had to go an extra mile to make up for my inexperience and learn the tricks of the trade to conduct cases.

As an advocate, I believe that my primary responsibility is to keep abreast of the evolving law as shaped by judicial rulings. Apart from that, it is equally important to ensure constant interaction with the clients and get constant feedback to ensure that the client remains satisfied with your services.

2. How was your journey as a law student at NLIU and how has it helped you in the field?

The journey at NLIU has been the most enriching and scintillating five years of my career. I credit my feat of securing the admission to the University of Cambridge and the Chevening Scholarship to the five years of rigorous training at NLIU.

At the university, I took a keen interest in academics which helped me build strong foundations in legal subjects, and ultimately graduate in first division with an aggregate of 71.88%. I was also fascinated by the moot court activity for which NLIU is credited to have one of the best mooting environments amongst leading law schools in the country. It offered a quintessential opportunity to nurture my advocacy skills and explore how theory translates into practice. It taught me an important lesson that the life of the law has not always been legislation but experience and aspirations of the society.

During my law school days, I undertook extensive internships with litigation chambers and public policy think tanks. These included internships with the office of the Attorney General of India, Ministry of Law and Justice, Project 39A, NLUD, and office of Justice (Dr) D.Y. Chandrachud. The best part of such a broad pallet of internships was the exposure to various aspects of the law. It helped me better appreciate and gain deeper insights into the process of drafting, enforcing, and interpreting the law, and the role of various organs of Government, associated with each step.

Driven by my passion to undertake pro bono work, I also joined the legal aid clinic at my university as a member and was later elevated to the post of convenor. I utilised this opportunity to undertake numerous initiatives and notably the national legal literacy project viz. Aapke Adhikaar, which later came to be replicated by various other law schools,

My experiences ranging from academic learnings, internships and my stint at the legal aid clinic not only enriched me academically but also helped me explore the legal profession from the grassroots level. These multi-faceted exposures taught me the necessary skills of networking, communication, and relation building, which are seldom found in classroom teachings and textbooks. In fact, it is these skills that a lawyer employs the most. Therefore, in a nutshell, I believe that the five years of law school are something that the one year at the University of Cambridge will also not surpass.

3. What is it that motivated you to decide to pursue higher education and how did you become aware of the Chevening Scholarship?

Initially like every other law student, the awe of pursuing a master's degree from abroad was the sole motivating factor. However, as I matured and delved deeper, I realised that it was much more than just the mere “tag”. I explored that the international exposure offered by these universities is something that can nurture my personality in ways that I cannot even fathom. Additionally, the prestige of being amongst the handful of students across the globe and the opportunity to test myself at the international level made LLM all the more appealing.

I got to know about the Chevening Scholarship from our university's social media page, when one of our alumni recently received it. Later on, I got in touch with that alumnus and explored the scholarship in more detail.

4. What are your future aspirations after completing your LLM from Cambridge University?

I will come back to India after the completion of my LLM from the University of Cambridge. I intend to resume my legal practice which I have built over the past two-and-a-half years. I aim to establish an independent chamber in the following years and work towards making a name for myself in the Indian legal industry.

At the same time, I also wish to work in the field of “pro bono lawyering”, both at the policy level and at the advocacy level. I wish to develop a network of motivated young professionals, interested in developing a career in litigation and establishing a system to augment our existing legal aid framework. At the same time, I intend to push for reforms by judicial intervention and becoming part of various statutory bodies under the Advocates Act, 1961 to push for an incentivised pro bono lawyering system in India.

5. You have had a diverse experience, practising in several fields such as civil law, arbitration, commercial matters, etc. How do you feel it has helped you improve as a lawyer?

I personally believe that a lawyer should be a “may I help you” counter, meaning thereby, he should never return a brief for the sole reason that the field of law is new for him. It is with this motivation that I started my profession, and I am grateful that this approach helped me expand my exposure and made me courageous to venture out of my comfort zone. It not only helped me develop a broader understanding of various laws but at the same time, helped me enrich my advocacy skills by developing a comparative understating of legal topics.

The answer to this question is very simple. It is through the activity of mooting that I developed self-confidence and gained an in-depth understanding of various legal topics. I credit mooting with what I am today. I believe my initiatives of filing and arguing petitions before the Delhi High Court and the Supreme Court of India would have been a distant dream, had I not been exposed to the mooting activity right from the very first year. Therefore, as a matter of principle, a law student must take part in at least one moot court competition, whether national or international.

7. Please elaborate a little upon the registration process and selection criteria for the Chevening Scholarship.

Thereafter, a candidate is required to answer four questions, which primarily focusses on the central theme of the Chevening Scholarship i.e. “leadership”. This in fact, is the most important part of the entire application process. The first two questions are modelled to test the qualities of a leader such as relation building, networking, inspiring, etc. A candidate is expected to answer these questions with the help of personal examples where he/she has employed such skills to achieve a common goal. The next question requires a candidate to elaborate upon three courses, which he plans to undertake, and the universities where he has applied for such courses. A candidate is expected to further substantiate this answer by detailing out as to how the chosen courses resonate with his prior academic/professional learnings and will also help in his plans for the future. The last question requires a candidate to delineate a post-study career plan, including his/her short-term and long-term goals.

In addition to answering the said questions, a candidate is also required to provide two letters of recommendation, to support his/her application. Once a candidate has submitted his online application, the Selection Committee invites shortlisted candidates for the interview rounds, followed by the final declaration of results.

8. What are your tips for students who wish to pursue LLM abroad and aspire for scholarships like Chevening?

The only tip or mantra of sorts that I have for future applicants is to start early in the day. Whether it be your LLM application or an application for a scholarship/grant, you should know what they entail, and accordingly, you should channelise your energy. Achieving grades/securing awards at moot courts, etc. is something that most law students undertake. You must find out that one thing that makes you stand apart and your work should resonate with that one call. Hence, the key to cracking these applications is to be focused and start early in the day.

9. Any other remarks that you would like to make for our readers?

The only mantra to crack these applications is to start early and be consistent. Have a clear goal/vision and ensure that all your endeavours are aimed towards that particular goal. 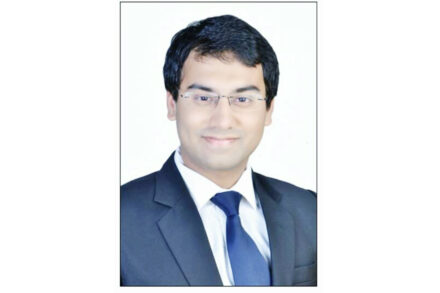 In conversation with Anchit Bhandari, Advocate, Supreme Court of India on his journey from a law student to a Litigator 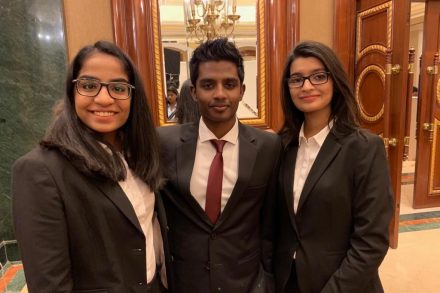 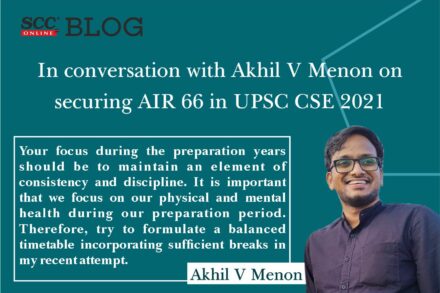