The NLUO Mediation Cell at the National Law University Odisha was successfully inaugurated by Hon’ble Dr. Justice S. Muralidhar, Chancellor, NLUO & Chief Justice, High Court of Orissa on 15th August 2022 in the presence of Prof. Ved Kumari, Vice Chancellor, NLUO and Prof. (Dr.) Yogesh Pratap Singh, Registrar, NLUO. The event witnessed huge participation by the local masses including some CMC Corporators of the nearby wards amongst others. Justice Muralidhar unveiled the foundation stone of the newly established Mediation Cell and ushered in a new beginning of institutionally-run Alternate Dispute Resolution forum in India.

The inauguration was followed by a multilingual presentation by the members of the Centre for Mediation and Negotiation, NLUO wherein they emphasised about the importance of the centre, the vision and goal with which it is set up and the Mediation Cell. Apart from this, the presentation also included the initiatives that have already been undertaken by the Centre as a part of its social activism. The Centre had recently organized its first outreach drive in collaboration with Legal Aid Society and Pro Bono Club of the University which was attended by Self-Help groups and students.

After the presentation, Justice Muralidhar inspected the mediation room which was already equipped with all the resources to formally commence with the mediation sessions. He lauded the student members for having organized the room in a professional yet welcoming way. The student volunteers from the first year of the University had also prepared a skit on, “Mediation: An Alternate Dispute Resolution Mechanism” to spread awareness about the same amongst the local masses and they performed the same. Multilingual handouts containing information about the Centre and the Cell were distributed amongst the attendees. Justice Muralidhar commended the student members, volunteers and faculty advisers of the Centre for having undertaken this initiative which paves the way for Mediation and Negotiation as other feasible methods of dispute resolution amongst the masses.

The NLUO Mediation Cell is the first institutional-run mediation cell in India to provide live mediation services (both private and court-referred mediation). With this initiative, NLUO is striving hard to achieve the constitutional goal of access to justice and free legal aid. NLUO, with the establishment of NLUO Mediation Cell, is also not far from achieving the SDG 16 under UN Sustainable Development Goals 2030, i.e., Peace, Justice and Strong Institutions.

The NLUO Mediation Cell would be handling multifarious legal disputes including family, matrimonial, property, land and consumer disputes through mediation with the help of faculties-cum-trained mediators, and is looking forward to collaborate with other centres at NLUO and other organizations around. CMN acknowledges the efforts of the Legal Aid Society and the Pro-Bono Club for organizing CMN’s first joint outreach drive to create awareness about the resolution of disputes through mediation amongst the masses.

At the beginning, the Cell will focus on people from nearby places and will gradually extend to the whole state and provide free mediation services both physically and virtually through Online Dispute Resolution (ODR). 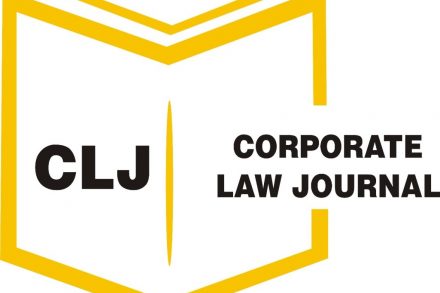 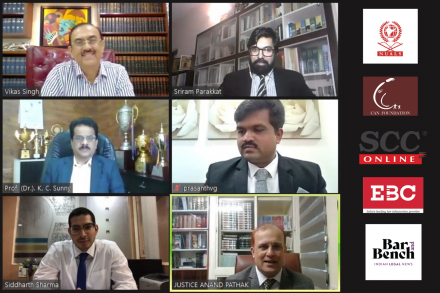 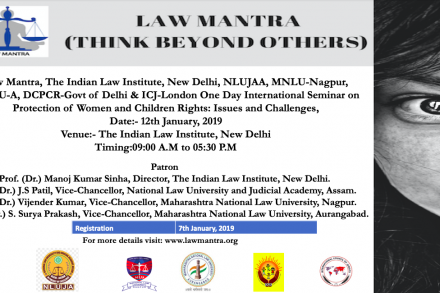 Law Mantra | One Day International Seminar on Protection of Women and Children Rights: Issues and Challenges