“A hero is an ordinary individual who finds the strength to persevere and endure in spite of overwhelming obstacles.” – Christopher Reeve

There are almost 1 billion such heroes worldwide who persevere to overcome their disabilities – roughly 100 million of those heroes are in India alone. This handbook is an attempt at facilitating access to information regarding the steps taken so far to remove the obstacles faced by persons with disabilities, information regarding benefits available to them and suggestions on what more needs to be done to remove the obstacles to leading a life of dignity.

This handbook is our endeavour to bridge the gap between disability and accessibility. Over the several chapters of this handbook, we have endeavoured to highlight the many legislative and policy- level attempts to promote the empowerment of persons with disabilities – through education, employment, health and safety to name a few. Each of these chapters has been crafted to make this handbook a ready reference for practical purposes.

The MH Act is the primary legislation dealing with rights of persons with mental illnesses. Mental illness is defined as a substantial disorder of thinking, mood, perception, orientation, or memory that grossly impairs judgment or the ability to meet the ordinary demands of life, mental conditions associated with the abuse of alcohol and drugs. The MH Act aims to provide mental healthcare and services for persons with mental illness and to promote and fulfil the rights of such persons during delivery of mental healthcare and services.

The MH Act distinguishes ‘mental retardation’ and mental illness, as described in greater detail in Chapter 3, and does not regard ‘mental retardation’ as a ‘mental illness’. Various Indian laws bar persons with unsound minds to enter into contracts or undertake certain acts in general, such marrying, voting or holding public office and making wills – the MH Act, however, takes a contrary view on this issue. This is a welcome step in the right direction because, simply put, a person with mental illness cannot be said to have an unsound mind unless a court declares so. There is a certain stigma to the notion of being categorised as a person with an unsound mind, thereby thwarting mental healthcare as persons with mental illness would prefer to go untreated over being tagged as a person with an unsound mind.

Authorities under the MH Act

The MH Act is patient-centric legislation, i.e., it recognises the need for healthcare for persons with mental illness as the primary object. To this extent, the MH Act has established the Central Mental Health Authority and State Mental Health Authority to oversee the implementation of the MH Act in tandem with the spirit of the law. These authorities typically regulate mental health establishments to ensure the quality of these establishments’ services. A mental health establishment, clinical psychologists, mental health nurses and psychiatric social workers register with these authorities. The MH Act has also set up a Mental Health Board, which shall serve as an adjudicating authority.

Other Protections: Duties of the Government

The governments have specific duties to undertake under the MH Act. These include promotion of mental health and preventive programmes, creating awareness about mental health and illness and reducing the stigma associated with mental illness, human resource development and training, and co-ordinating amongst the various arms of the government such as ministries and departments including those dealing with health, law, home affairs, human resources, social justice, employment, education, women and child development, medical education to address issues of mental health care.

To ensure enforcement of the MH Act, the MH Act provides for penalty and punitive actions:

§  Right to protection from cruel, inhuman and degrading treatment;

§  Right to equality and non- discrimination;

§  Restriction on release of information in respect of mental illness;

§  Right to personal contacts and communication;

§  Right to make complaints about deficiencies in provision of services

§  Right to make an advance directive;

§  Right not to be treated under prohibited treatment. 2. What does right to access to healthcare entail? Right to access healthcare means ability of a person with mental illness to be able to access and avail mental health services affordable cost, of good quality, available in sufficient quantity, accessible geographically, without discrimination on the basis of gender, sex, sexual orientation, religion, culture, caste, social or political beliefs, class, disability or any other basis and provided in a manner that is acceptable to persons with mental illness and their families and care-givers.

Persons with mental illness living below the poverty line or persons with mental illness who are homeless or destitute shall have the right to avail the mental health care services and facilities free of cost and no financial cost, whatsoever, in government-run or government funded establishments. 3. What are prohibited procedures? The following are prohibited procedures:

§  chained in any manner or form whatever. 4. Is mental illness the same as mental retardation? No.

Mental illness is defined as a substantial disorder of thinking, mood, perception, orientation, or memory that grossly impairs judgment or the ability to meet the ordinary demands of life, mental conditions associated with the abuse of alcohol and drugs.

Mental retardation, on the other hand, is defined to be a condition of arrested or incomplete development of mind of a person, specially characterised by sub-normality of intelligence.

The MH Act categorically states that determination of a person’s mental illness shall not imply or be taken to mean that such person is of unsound mind, unless a competent court has declared such person to be of unsound mind. It also recognises their right to make mental healthcare and treatment decisions. The key element enabling persons with mental illness to make such decisions is ‘mental capacity’. As per the MH Act, this key element is present in persons with mental illness which allows them to take decisions and they are considered as not being incapacitated in any form and manner. Mental capacity is defined as a person’s ability to understand, retain, and weigh up information relevant to a decision to arrive at a choice, and then to communicate that choice. 5. What are the key elements of the MH Act? The ability to pass advanced directive and nominate representatives is one of the most noble provisions under the MH Act, which recognises the autonomy of the persons with mental illness.

Refer to the Handbook of Rights of Persons with Disability  published by Khaitan & Co. 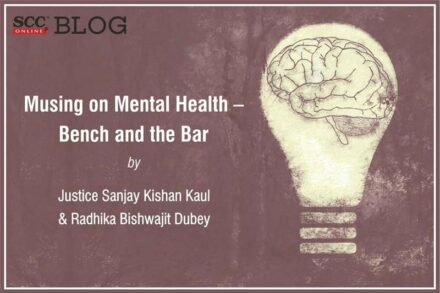 Musing on Mental Health – Bench and the Bar 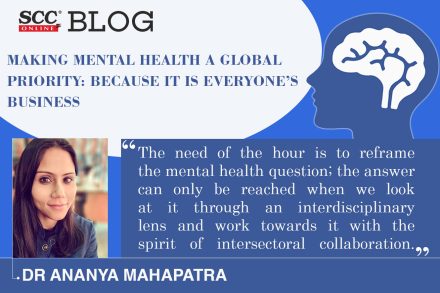 Making Mental Health a Global Priority: Because it is Everyone’s Business

Reported By Editor Published on October 10, 2022 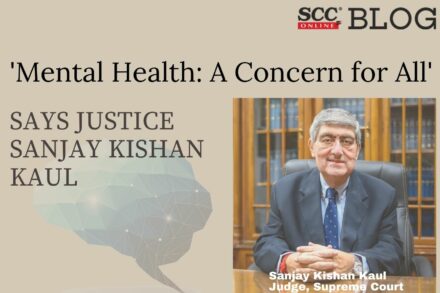